From: Inferno Urbano Via & Translated by Act For Freedom Now!

From the struggles against the devastation and plundering of the earth to the struggles against borders that divide people and split up the world, from the antimilitarist struggle against the massacres of war and arms trafficking to the struggle of those who fight against work exploitation… The enemy is always the same: power, neo-liberal domination, the capitalist system that grabs everything for the privileges of the few to the detriment of the many.

For power those who rebel become dangerous individuals to be monitored. Repression transforms affinity between people into terrorist cells and subversive associations. Our response to these attacks is self-organization and carrying on the struggle in spite of the repression. 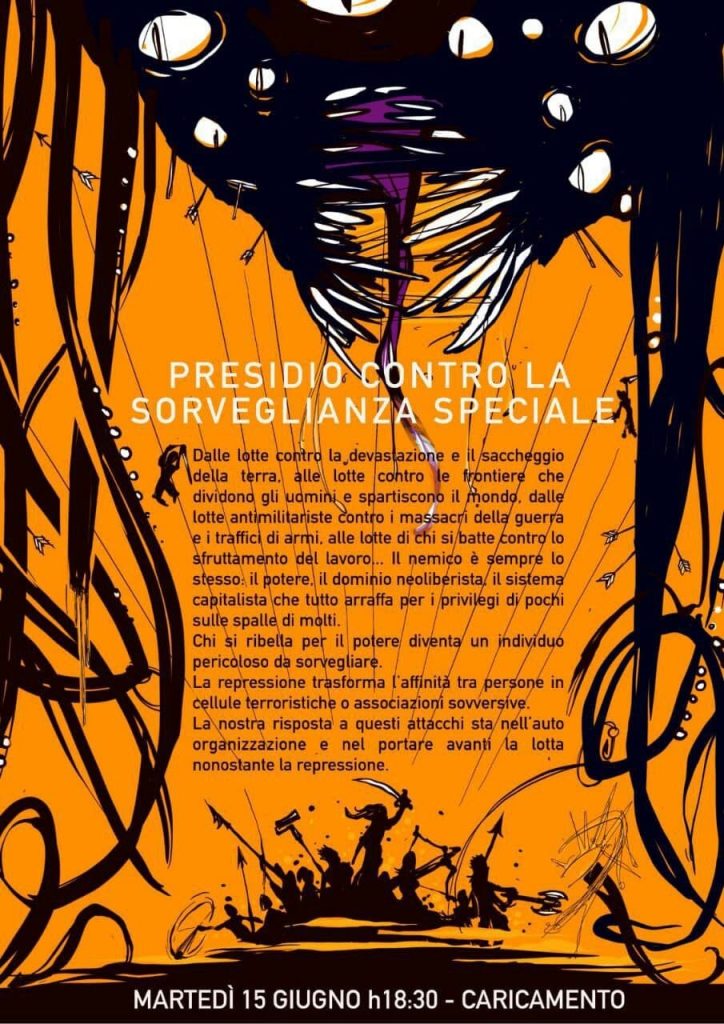