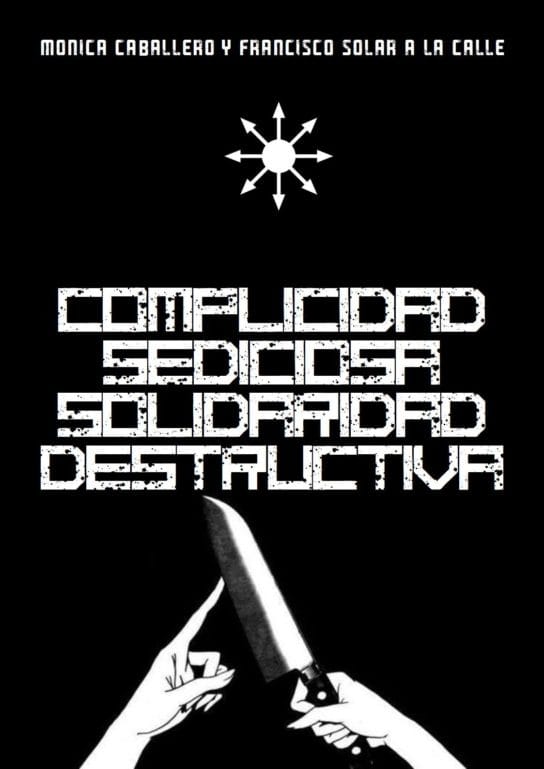 On Wednesday, July 14, 2021, comrades Monica and Francisco, were reformalized by the South Prosecutor’s Office in the 11th Guarantee Court.

Through a virtual hearing, Monica, from the San Miguel Prison, and Francisco, from the Rancagua Prison, listened to the monologue of the prosecutor Claudio Orellana, who reformulated them, keeping the same crimes and accusations under the arms control law, penal code and military justice, but adjusting small details.

A review of the investigative period, which has already been extended for nearly a year, is scheduled for August. In view of the possibilities that the investigation is closed or that the court does not give any more time, the prosecutor’s office would have decided to reformalize the case so that it would be coherent and without any details in case the judicial process moves forward.

In summary, the comrades are still accused of the following crimes:

Mónica and Francisco: Double explosive attack against Tánica, which resulted in 2 crimes of placing an explosive device on the public highway.

Mónica: Marijuana allegedly found in a common place of the raided house, resulting in illicit trafficking in small quantities.

The same day of the reformalization a rally was called in the center of Santiago.
To every movement of power, a response from the street.
Things are clear: Comrades are not alone!
Solidarity and complicity with Monica and Francisco!

Sedition against the police state!
Subversive prisoners and anarchists to the streets!