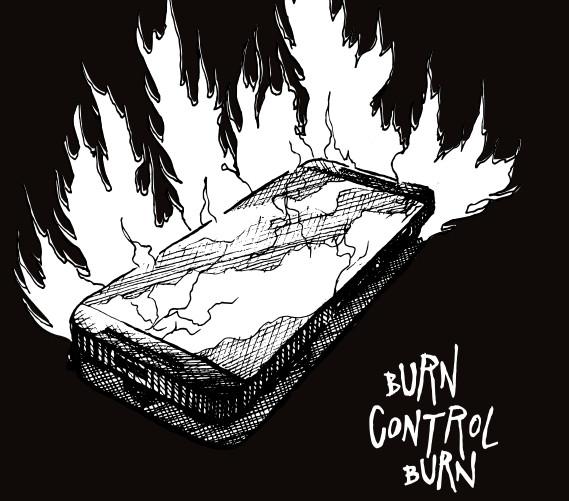 Sometimes it feels like there is a particularly repressive climate in the world or the region you live in but historically there is rarely more repression in one era than there is in another. The simple explanation is that the state is constantly waging war against its enemies, it is only more evident if one is affected by it directly or indirectly, as an individual, group or entire society. The exceptions may be situations such as world wars, but even then the mechanisms are different, and in our view it is usually possible to say that repression is constant. That is to say, it is not possible to think: I will be unaffected. Because sooner or later the spotlight will turn from yesterday’s enemy to you.

We mention this because, at the time of writing, there are not many anarchists of “our generation” in “our region”, broadly speaking, who have been struck by repression. We are a generation that has been able to act relatively painlessly in bold attacks on the state while getting away with it, often without even having to consider the boundaries of nation-states or, in some cases, technological and digital developments. What we mean is not that people have been shit at security, but rather that there has been a good security culture among comrades based on non-digital methods. This has been accompanied by the development of electronic infrastructure for, for instance, publications and for obscuring who is hanging out with whom behind encrypted communications (even though, of course, the communications never contain anything that reveals criminal activity).

This generation has shared methods with each other and been successful in their respective contexts, but in the last few years there have been several occasions where comrades have been arrested or been forced to go underground, where these methods have been exposed and the security procedures have been seen through. This calls for everyone’s attention. So we need to discuss, share experiences and consider how to outmaneuver the cops, when for the moment they seem to have outmaneuvered us. In some cases, it’s because comrades have been careless about security by not taking precautions to avoid being watched, perhaps just because it’s been so easy for all these years and the security procedures ultimately felt redundant. In very few other cases, it’s thanks to cops who can think outside the box. Either way, their repressive success has given them insight into how we work. Their investigations, in turn, give us some insight into how they work these days, and that’s where we think we can build on to mend the security practices we’ve built up over generations and eras.

Nor is it just a question of technical routines, it’s also about attitudes: to each other, to the world, to the enemy and to oneself. Let’s take a quote from a recent manual as our starting point:

In a case against several comrades, the investigation shows that the cops used GPS tracking devices in one of the their bicycles. Several surveillance operations against the comrade and his immediate surroundings are suggested, without revealing whether it is via an installed camera in the home, through a surveillance team or otherwise. The country’s security police is responsible for conducting the investigation, so lots of information is lacking in detail.

Let’s linger on the bike. This form of surveillance, secretly placing and installing a GPS tracking device in the bike’s cavities, is carried out in a context where it is already part of the security procedures to search private bikes in order to avoid this particular scenario, especially in order not to attract cops to meetings or reconnaissance rounds. Unless it was the case that the comrade was careless, using his own bike without searching it – we cannot know for now, as the comrade is still trapped in the enemy’s concrete cage – it may be the case that the cops have access to poorly concealed technology. Most likely, however, the comrade did not steal or borrow a bicycle and did not detach the handlebars and saddle to search the cavities with a lamp, fingers, and other appropriate tools. The lesson? Never use your own bike in an attack or anything to do with an attack on the enemy. Search the bike at regular intervals, but especially before an action, to see if extra security measures are necessary.

The authors of this text are among those who long for the death of the Internet, along with civilization and all the infrastructure that enables its survival and expansion. At the same time, we use the shit incessantly. Sometimes we slip up, but one thing we never slip up on is this: we never communicate digitally about anything we don’t want to tell a cop or prosecutor directly. It doesn’t matter if it’s encrypted; not with PGP, not through Signal, Telegram or OTR, not even in drafts of secret email addresses. We don’t use smartphones, not in private, not when we take action. It is possible to use Signal on a computer, for example, but if we do, it is to hide our social contacts, not to conspire.

In our view, the basis for saving yourself and your comrades a lot of trouble, in everyday life as well as during a search warrant, is to organise your digital life like this (or similarly):

There are plenty of in-depth texts on the subject, so this is just to be considered a small post-it note.

Finally, we just want to emphasize that our goal is not to make it as difficult, advanced, boring or demanding as possible to act, to physically attack the world that denies us our freedom. Each situation requires its own analysis, methods and experiments, where our proposals may be completely irrelevant. At the same time, we have learned from generations of struggle what the enemy has in its arsenal and have tried to see beyond it. We try to learn from our own and other comrades’ mistakes, but equally from our own and other comrades’ successes.

On the one hand: what is possible despite the intensive surveillance and forensic capabilities? On the other hand, what are the gaps where they have not yet succeeded in developing or testing their repressive methods? We fight out of desire and longing, we must want to challenge ourselves and their repression, otherwise there is no point in fighting. The enemy cannot be everywhere all the time. The shadows belong to us.