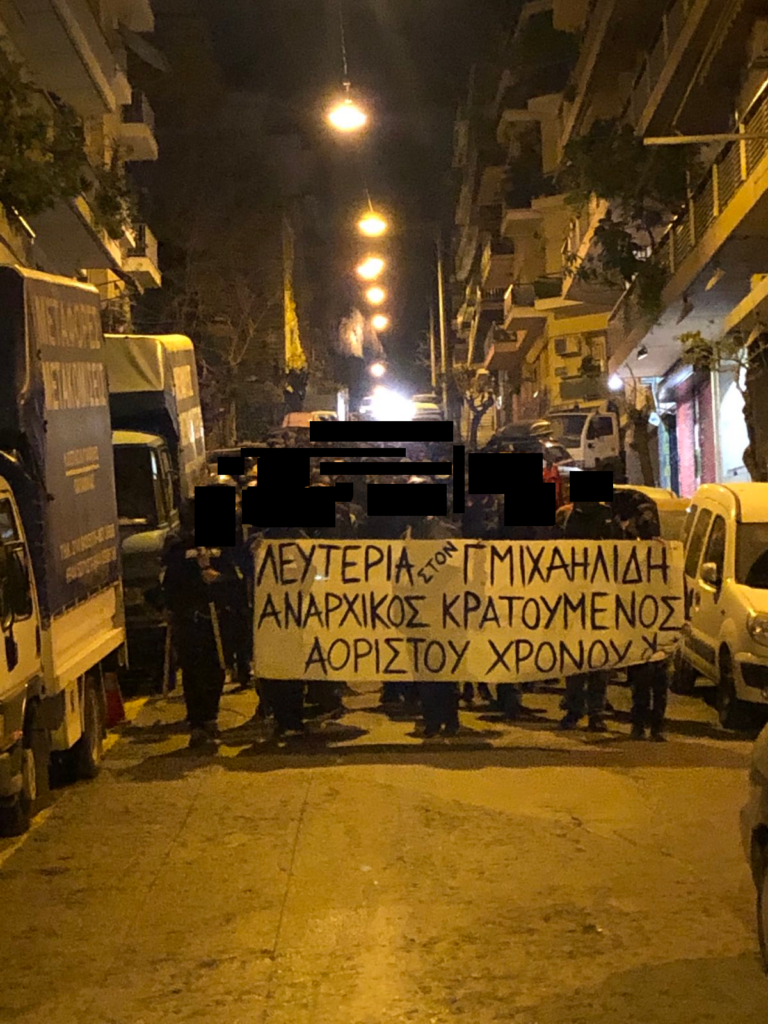 During the meeting, which lasted about an hour and a half, the text of the assembly was read, texts were distributed and fliers thrown. Then a march followed through the streets of the dependencies, without the presence of the police or any other problems.

The response to the meeting and the march was another message to the State that the anarchist comrade Giannis is not alone. He has with him the movement of solidarity with the political prisoners that will always give all its strength to break the regime of exclusion that the State and capital have in store for them. The “indefinite” detention regime imposed on the comrade is another example of this brutal repression of the enemy within. 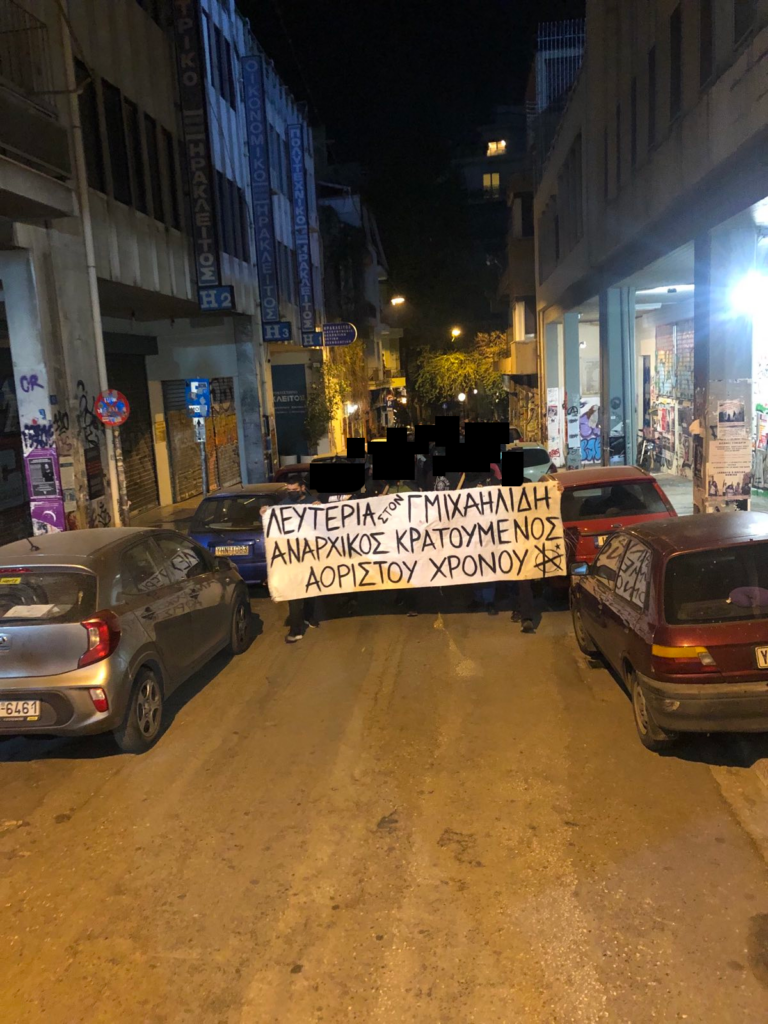