Italy: Time is running out. Andreas Krebs must be transferred to Germany immediatly

The transfer procedure to Germany is underway after the last instance sentence against him in Italy became final on May 6, 2022. Andreas Krebs can thus serve the remainder of his sentence in Germany. However, the translation of the necessary documents and the calculation of the sentence equivalence and the length of the sentence will take more months.

However, Andreas K.’s cancer does not give him much time, so it is urgent to speed up the bureaucratic procedures for the transfer considerably.

After the final verdict, he was transferred from the infirmary of the Secondigliano prison to the normal prison, with even worse medical care than before. He is now in solitary confinement in a ventilated pit that is barely the size of a room. The transfer was justified because Andreas Krebs allegedly refused medical treatment in a hospital.

Andreas, for his part, complains that he should have been transferred to a psychiatric ward and demanded his immediate return to prison.

In the following we publish an appeal for solidarity and donations for Andreas Krebs. Andreas has been in prison in Naples, Italy for several years, before that he spent a large part of his life in various prisons throughout Germany. In the meantime he is in solitary confinement with permanent surveillance.
During his time in prison, Andreas always showed solidarity with other prisoners, publicized his prison conditions and fought against the prison system. He is in very poor health and mentally, his condition has deteriorated drastically in recent years and months. He is dependent on outside support.

Write him letters, donate money! Below are documented some excerpts from his last letters, in which he describes his current condition and situation.

Excerpts from letters from Andreas, July 2022

*** TRIGGER WARNING: Explicit description suicide, thoughts about it repeatedly throughout the text ***

In the night from Monday to Tuesday at 3:30 a.m. I cut my wrist on the left because I am just desperate and of all things when I was lying still and quiet in bed, all covered with blood, the ass [fellow prisoner in the same cell] went into the toilet and must have seen it. I don’t know what happened after that and it must have been a huge fuss. I woke up at some point in the infirmary and they had put in infusions and so on. In this place it doesn’t matter because nobody comes to me and after hours until my condition had stabilized I just came back to my cell. The outer suture burst open and only the artery is holding. Just a little later and I would have finally been history!!!! What a damn bad luck and it is simply not to believe that I have luck in nothing! Say, Can you not ask the community about a possibility of purchase? I don’t have anything anymore so much I’ve been fleeced here and I don’t even have my nerve food, say something to smoke and let alone something to eat! Now I sit there and drink chalky tap water. Either way, I’m sitting in the shit and nothing works anymore! It was so nice how I slowly fell asleep. It hurt at first but because of the blood I lost I didn’t feel the pain anymore. But then to think of nothing more and around you is calm, that was wonderful! The theater afterwards unfortunately not. All worries would be gone and you have your peace. Now I sit there with a handkerchief around my wrist and wait for it and think again and again what to do. In the five years of imprisonment I have never been so in the shit as I am now!Please forgive me from the bottom of my heart!!! Please forgive me for all the grief I’m causing and that I’m still here and there’s no end to it!

[Andreas has now been moved to a solitary cell and has not been able to talk on the phone until the end of this letter. Neither with his wife, nor with his lawyer.] Until my transfer to Germany I am supposed to stay here. Yes single cell with cameras, 23 hours of confinement and the one hour if you want you can be alone without any contact with other prisoners in the yard corridor, which is in front of my plexiglass window. 3 meters in length and 2 meters in width, surrounded by a huge wall. Next to it a big wall, where the officer runs up and down miming machine gun. Clearly, I do not go into the dwarf yard and the importance of this station is 41 to. There are about 20 such cells and each cell has such a courtyard corridor surrounded with high wall, completely visible from about five meters further the main wall with officials running on it with machine gun. Most of the belongings of the respective prisoners are located in front of the cells. Shower is in the cell and even that is monitored and I am at the end and I feel really bad. This is the thanks I get for my years of struggle! I have pain, black blood again, the wrist inflamed, in the molar an infection and in addition the extreme isolation!!!!! I am totally done and I don’t want to and can’t like this! Look where I am now! I hope that this letter will reach you very quickly and I will finish these lines now. I press you very much to my heart and thank you for helping me so much! Insanely dear greetings

Ostensibly a higher official is looking for me and I will say quite clearly that if I am not helped immediately at least with my pain, there is a problem!Again no doctor was with me, it is madness! This is pure intention, because somewhere in this shitty Secondigliano is always 24 hours one or more doctors. The officials I showed all my documents in the presence of an infirmary and they are pissed off because they were told that they do not need to worry about me and I hear them arguing loudly in the office because they were virtually screwed. They saw everything in black and white from me.

Just now I got your dear letter and the stamps and I was so happy, for which I thank you from the bottom of my heart! I thought that I am already forgotten and for that I apologize very hard, but the years have gnawed very much on it that one immediately thinks so! You must imagine that here no single doctor appears and since my presence here is so to speak the devil loose since I should not be here with my condition at all! I may talk with nobody, even only quite certain officials may to me and even if I wanted, I may not in the yard corridor, speak 24 hours isolated! Special officials protect me from their own colleagues, isn’t that funny? Oh yes, they wanted to take me to the hospital on Tuesday, but it was cancelled because my tampon test was not good and I supposedly had Covid. Now I pulled out my own tooth and called an doctor, who came an hour later, looked at it and took me to the hospital. After an hour he came, neither looked at the wound whether the hole is closed, just nothing, no disinfection, NOTHING and then I had to argue about my medicine for the evening until he gave it to me! 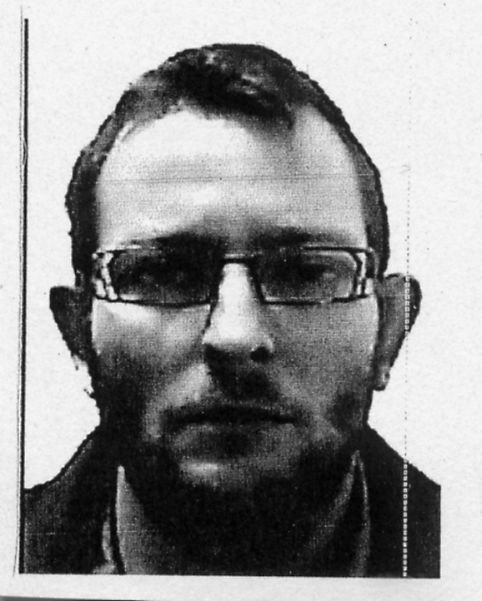