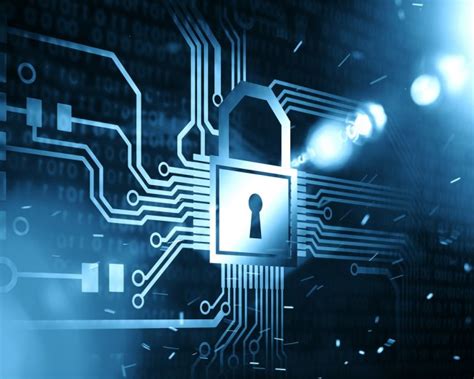 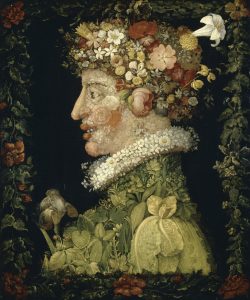 While people were confined to their homes, in many cities the preparatory work for the 5G network was intensified. But what is it? The 5G network is not just a way of using the internet faster. It is much more important. The 5G network is the essential infrastructure for the realisation of the ‘smart planet’: a world of hyper-connected devices that collect and process data and information about the environment and people, a world of machines that are able to solve and constrain all human dreams and needs along predetermined paths. This network will irreversibly transform our perception of the world and the way we live in it. It will invade every aspect of our lives: from work to school, from life in cities to the management of people’s health, from the way we wage war to the exploitation of people and the environment in distant countries.

Throughout history, advanced technologies have always had a military origin. The 5G network is no exception. Since the Second world war, the military-industrial complex has been pursuing the project of making the battlefield cybernetic. Internet networks, GPS, smart objects, remote control of operations, drones, analysis and decisions entrusted to artificial intelligence, soldier-machine hybridisation, hypersonic weapons, warrior robots: these are the backdrops from which the various digital devices to be sold to consumers then emerge. But the link between 5G and war is deeper than just a series of technological innovations for military use. Without military power and the neo-colonial stranglehold that crushes billions of people across the planet, the raw materials for the digital society could not be extracted, nor could the semi-slave labour on which this extraction is based be imposed. Behind the hoarding of rare metals and rare earths, there is a war between powers. Behind the production, orbiting and control of thousands of satellites, there is war between powers. Behind the installation and monitoring of fibre optic cables that cross the oceans, there is war between powers. The exponential increase in energy – including the “new green deal” – needed for the “smart cities” under construction, is preparing the wars that will come, for hegemony over resources and infrastructures.

Distance schooling and distancing in the classroom are two sides of the same coin: both are based on the isolation of the individual and the elimination of relationships and sharing. This model was imposed during the health emergency in order to gain acceptance, but it is the result of a long process that began with the arrival of the tech giants in the schools, a fertile ground for making money. The model being pursued is that of an increasingly digital, increasingly ‘smart’ and decreasingly human society. Distance learning and distancing in the classroom do not guarantee adequate personal, emotional and social development, let alone learning. Identity is constructed through relationships that involve verbal and non-verbal communication (such as smiling or body contact) and the sharing of emotional states. The forms of learning that take place through technologies are fragile, superficial, not subject to critical elaboration. Such modalities disrupt the development of the person and there is a risk that they amplify already known problems linked to the massive use of technologies: isolation, difficulty in adapting to real life, inability to feel empathy, confusion between real life and virtual reality, lack of knowledge of one’s own body and emotions, hyperactivity, anxiety and stress.

Rare metals and elements, in addition to other chemical elements, are the basis of all the technological components of the digital world, used for their particularities, necessary for microelectronics. The rush to monopolise and plunder underground substances is based on neo-colonial oppression and the racist exploitation of men, women and children on the other side of the planet, condemned to die of cancer or in a mine, poisoned by the irreversible pollution resulting from the processing techniques in the place of extraction. These territories are becoming the West’s dumping ground when it comes to finding a place to throw away decommissioned equipment. This is the case, for example, in Ghana and Nigeria, where every month hundreds of containers full of electronic waste arrive. This inescapable material aspect of the digital world is obscured by the positive propaganda and the ecological façade that captivates many people. To reveal the contradictions of ‘green’ capitalism, it is enough to think that for each kilo of rare earths extracted, around 2000 kg of toxic and/or radioactive waste is produced, and that each electric car contains 9 to 11 kg of rare earths; or that a mine can pollute up to 800 litres of water per second, often causing drought crises at the expense of local communities.

With the introduction of the 5G network, social control will increase exponentially. Control to better manage and direct people’s lives, both in urban spaces and at home. Thanks to the Internet of Things, there will be a multitude of technological devices designed for our homes (from ‘communicating’ electricity meters to Amazon Alexa), which will collect information on our tastes, preferences, purchases, virtually every aspect of our lives. Their aim is to influence our behaviour, our ideas, our consumption, turning us into mere consumers of data, passive and dependent spectators in a techno-world that denies any space for autonomous decision-making. This is not science fiction, but our lives in the smart cities of the future, where millions of cameras, sensors, satellites and interconnected objects will constantly monitor and communicate, where artificial intelligence will judge a series of behaviours as “abnormal”, where there will be less and less space for authentic social relationships that do not involve devices, where people who are unwilling or unable to adapt will be further excluded.

The 5G network is a highly anticipated infrastructure for industry. Indeed, the benefits they will gain from it will be enormous. Thanks to the 5G network, teleworking will be definitively cleared. Organised on objectives and not on hours worked, it leads to work invading personal time and space. By isolating people who work, telework makes the relationship between workers and their organisation even more difficult, if not impossible. Moreover, it gives impetus to what has been called “Industry 4.0”, which aims at the extension of automation, introducing machines capable of operating in total autonomy, repairing and improving themselves, where the complete management of production and productivity is entrusted to software which calculates the profitability of the people working and imposes ever faster rhythms. This is already happening in Amazon’s warehouses, where, on the basis of such calculations, it is decided who will be fired and who will not. In this new restructuring of the world of work, workers will become mere terminals of a mechanism that they do not govern and that makes their work even more alienating.

With the 5G network and the resulting increase in hyper-connected devices, antennas and satellites, we will be even more immersed in an electromagnetic world, crossed 24 hours a day by microwaves. This can only have repercussions on our health and that of all other living beings. The devastating effects that the electromagnetic waves already in operation have on our neurological, reproductive and other systems lead us to assume (without the need to consult technicians or experts) that an exponential increase in exposure levels will make the situation worse. Digitalisation in the field of health (teleconsultation, personalised medicine, robotic telesurgery) is promoted, especially these days, as extremely beneficial for us all. What is never mentioned are its dangerous collateral effects, an inevitable part of a project that aims at total control of our lives: from the womb to death. In fact, we will be constantly monitored and our existence will be ‘cured’ even in the absence of disease.

Confinement was a window to the world to come. During the two months of quarantine, many, many people suffered the oppression of extensive control, deprivation of freedom, loss of contact with the real world and the digitisation of affects and relationships. It is a window that is still open, because those days marked our behaviour and our way of thinking and living, they defined a new normality. If we want to oppose these projects on our lives, of which the 5G network is an essential part, it is important to keep our eyes open, to know and understand the changes taking place, to meet and exchange with other people, to gather and disseminate information, to learn to organise ourselves autonomously. The 5G network is a concrete infrastructure, which can be targeted in many different ways. There are people who have opposed the installation of new base stations, by occupying building sites, just as there are people in different parts of Europe who have chosen to burn down base stations. If the 5G network is going to invade every area of our lives, this means that the ways and places to sabotage this project are endless. It is up to us to be inventive in order to close this window, which will otherwise remain open.

Text of a poster released in November 2020 in Italy, the result of collaboration between comrades from different cities.

via: attaque   translated by Act for freedom now!