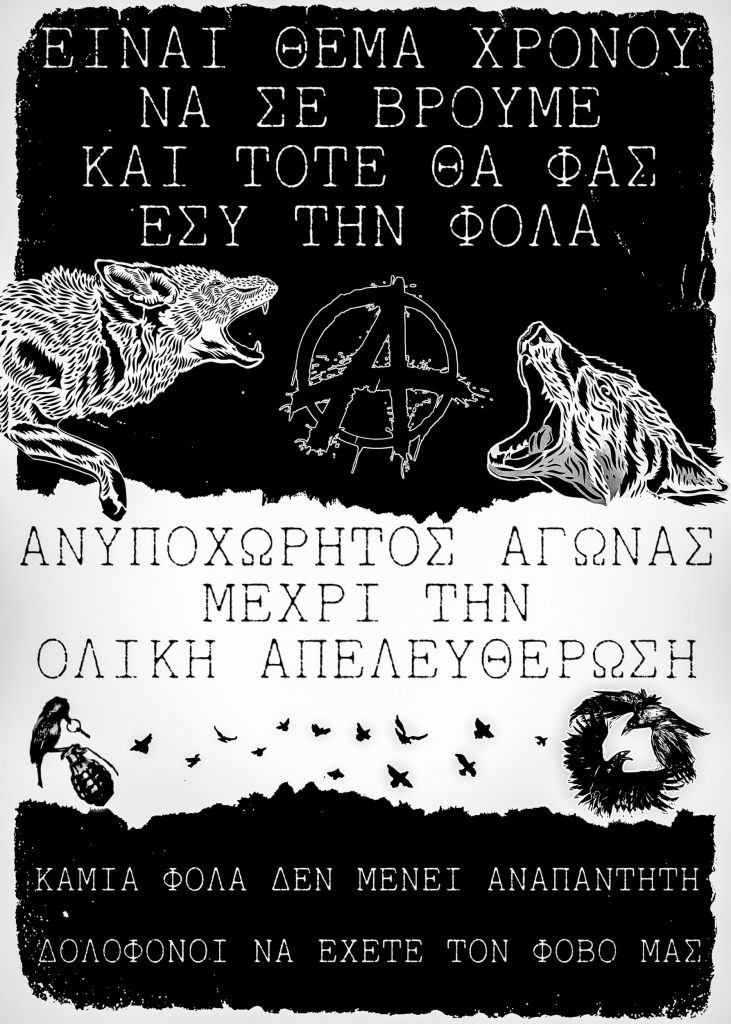 As a minimal sign of rage against anthropocentric cannibalism and the culture of speicism, the following posters were put up in neighbourhoods of Elefsina, Mandra and Magoula.

(Here is the text of the 2nd of the posters:)

Modern civilized societies are structured on the basis of anthropocentrism.

They have ample space for prisons, industries, the construction of huge modern psycho cells and other units for the perpetuation of exploitative relations in order to serve the interests of the householders and the bosses.

Any remaining elements of fauna and flora within it are therefore exterminated for the sake of a development that profits from the corpses of animals, human and non-human.

The current suffocating conditions within urban landscapes are coming to make it clear that any individual who goes against the imposed way of life will be suppressed.

In order to preserve social peace, therefore, the sterilisation of the grey city is being implemented.

On the one hand, animals that roam freely in the alleys of the metropolises are murdered in a frenzy by two-legged scoundrels, under the pretext of maintaining purity from their ‘parasitic’ presence.

On the other hand, queer and trans people, homeless people, immigrants, drug users, sex workers and any other social group that does not conform to the standards and aesthetics of power, are stigmatized and lynched by their mouthpieces (cops & peace-loving petty bourgeois).

We set up barricades of sterile rage & fury against…

Against every single authoritarian construct that mangles the natural and social environment.

To every respectable, cannibalistic, skeptical citizen – torturer of stray animals.

We stay in the streets and squares alongside what threatens your cold normalcy.

We stay filthy, bastard, stray and unsterile, polluting the purity of your slothful lives. 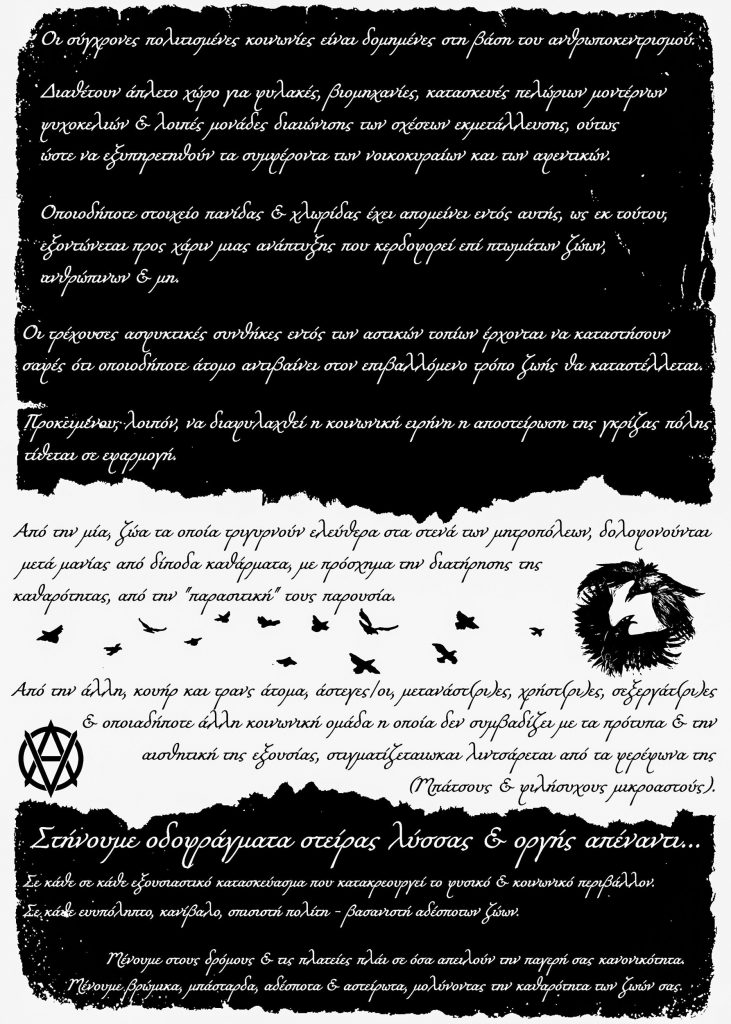