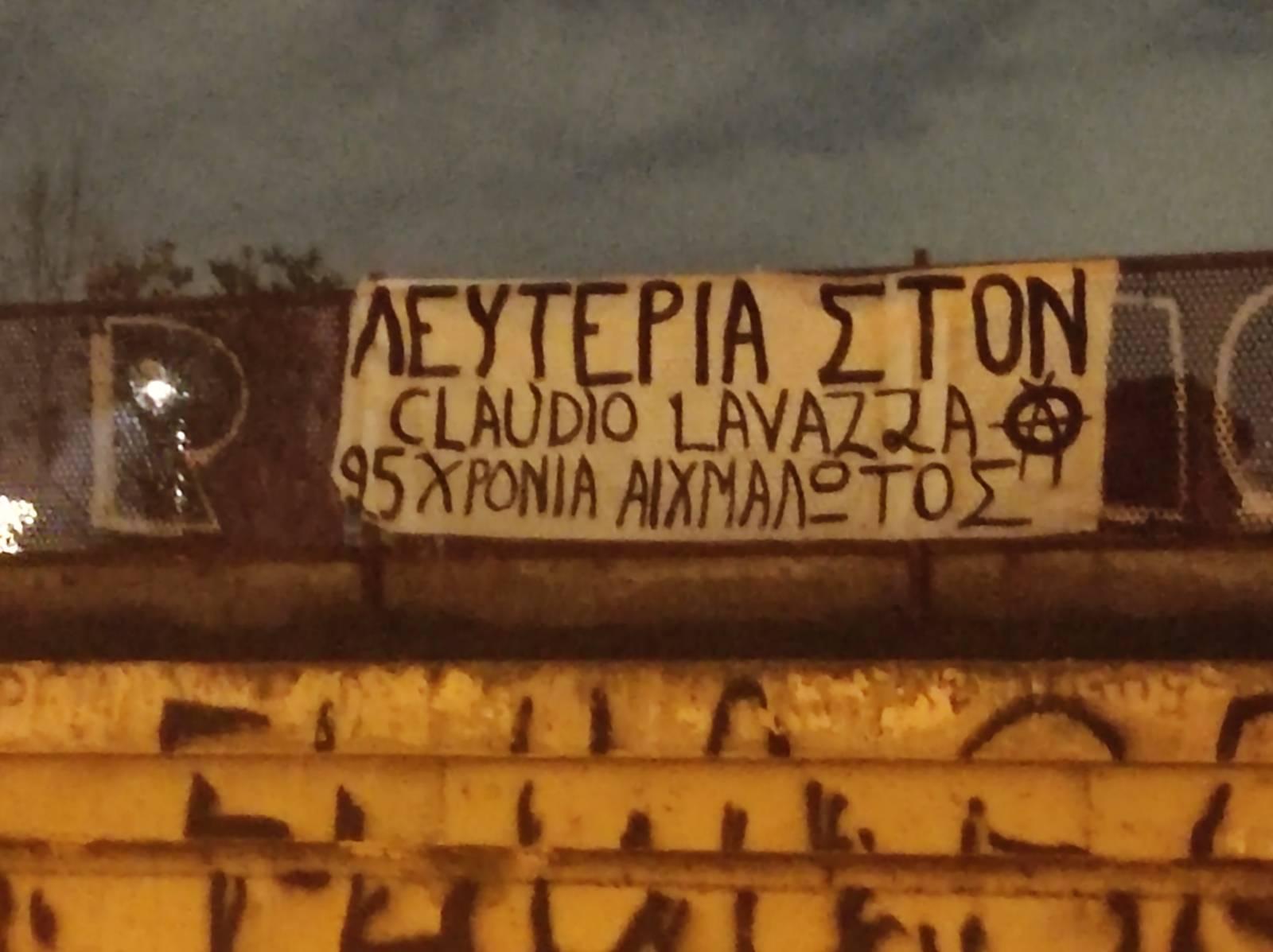 Our anarchist comrade Claudio Lavazza has been in prison since 1996, having already completed 25 years of continuous detention. He is one of the longest serving political prisoners in Europe. Claudio was one of the militants who took up arms to oppose capitalist rule politically and militarily.

At a time when the meaning and content of words had not been surrendered to museification, revisionism, and boundary activism. Instead, it found meaning through the practical cultivation of hope in those imprisoned and “exiled” from the legal order by the relentless repression of the state and the parastate. That words like freedom and solidarity would be put into practice with guns in their hands.

After repeated difficulties and under constant persecution of repentant members of armed organisations, the comrade was forced to leave Italy and to flee as a wanted man to France in 1982, a country where there were thousands of Italian political refugees persecuted by the Italian state for their involvement in the revolutionary movement. It was a period when the then social-democratic Mitterrand government was accepting on its territory those persecuted/fugitives wanted by Italy on condition that they “refrain from illegal activities”, the so-called “Mitterrand doctrine” was to begin to unravel with the beginnings of the “war on terror” in 2001. He remained a fugitive for more than 16 years, during which he managed to survive and support the infrastructure of the revolutionary movement through the practice of expropriation in both France and Spain. He chose to go underground as he did not renounce his position. In the choice of armed struggle as a necessary condition of rupture and real attack on the capitalist structure and its structures.

The attitude of the French state towards Claudio exudes all the state reactionism and authoritarianism one encounters in dealing with unrepentant opponents of power. Criminal laws are reduced to shreds and the famous ‘human rights’ are abolished. The bourgeois justice system becomes the vanguard of the “war on terror” and, wearing the mask of bureaucracy, wages a merciless war of attrition. A mechanism of cruel class domination and organised state violence that undertakes the extermination of its unrepentant enemies.

At the moment our comrade has served 25 years in the hellhole of the Spanish prisons for expropriating banks. In his last expropriation, known as the “Cordoba case” there was an armed confrontation in which 3 comrades (including Claudio) were seriously injured and 2 policewomen were killed. He has been serving this case for almost 1 year now when he was transferred to France to serve a 10 year sentence for a bank robbery.

But under European law he should have been released a month ago (11 December) on completion of 25 years of imprisonment as the sentences should have been merged. However, the French prosecution authorities refuse to do so and are asking our comrade to serve at least another 5 years in actual prison. The comrade has legally challenged the exceptional status he is experiencing and is demanding his release from prison and is expecting his claims to be examined in the next few months. We know that the main reason for their refusal despite so many years of imprisonment – and the humiliating attitude of parts of the movement who split their position in the face of the fear of repression due to the deaths on the part of the state – is that they have never retreated from anarchist principles and values, that even from prison he continued to produce political discourse, to participate in hunger strikes against the FIES-type regime, to claim the connection between his own experience and the wider historical memory. He did not stop fighting and propagating with all his strength the necessity of the attack against the state and capital.

At this moment, the French state is responsible for the prolongation of our comrade’s imprisonment and the regime of arbitrary and exceptionalism set up against him. Through this text and the few propaganda movements we open a dialogue on the need to multiply solidarity actions. We therefore also join our voice to the call for international solidarity for the release of comrade Claudio Lavazza. The imprisoned comrades are flesh and blood of the revolutionary movements and we will demand that they are on the street and in the struggles of today.

SOLIDARITY TO ALL CAPTURED REVOLUTIONARIES AROUND THE WORLD 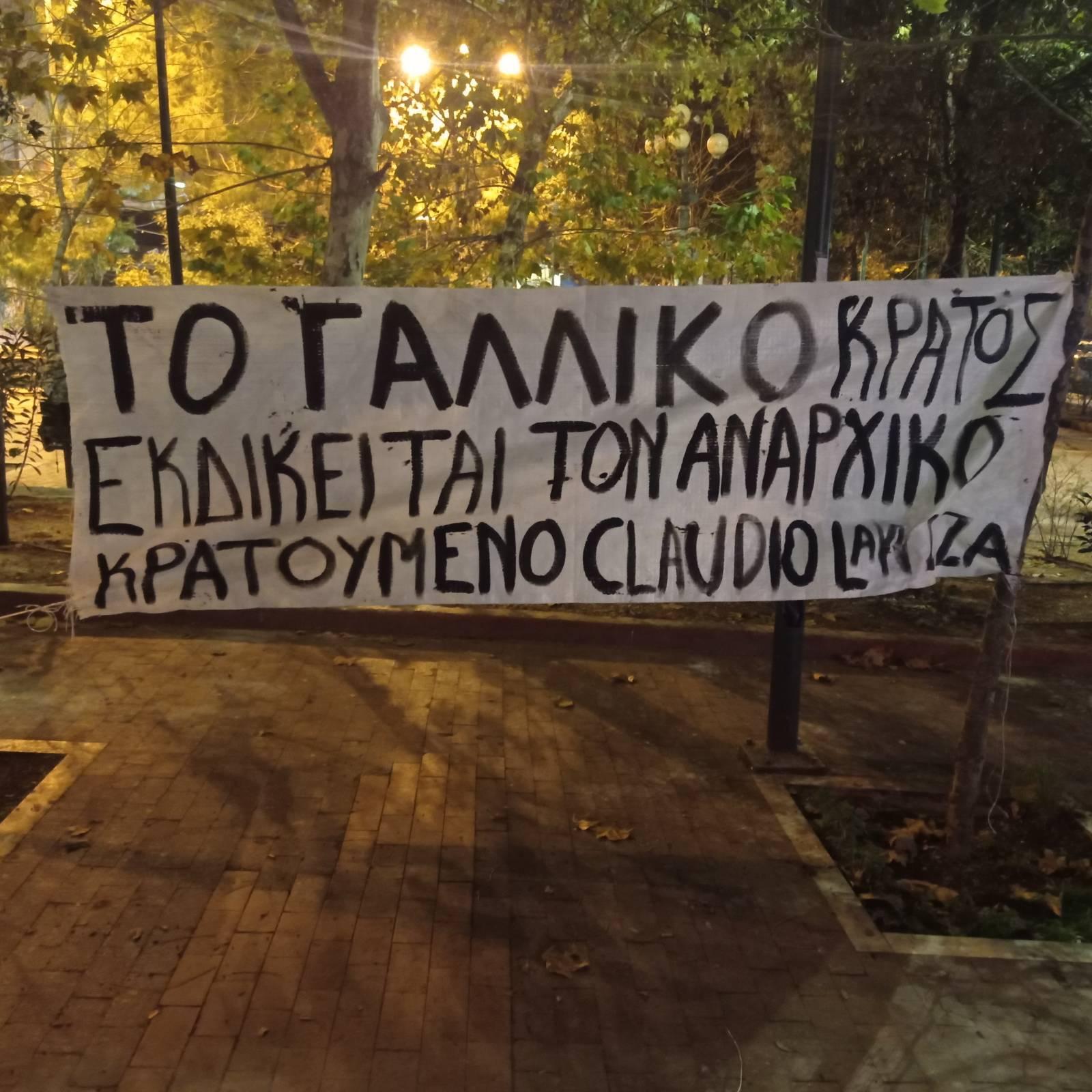 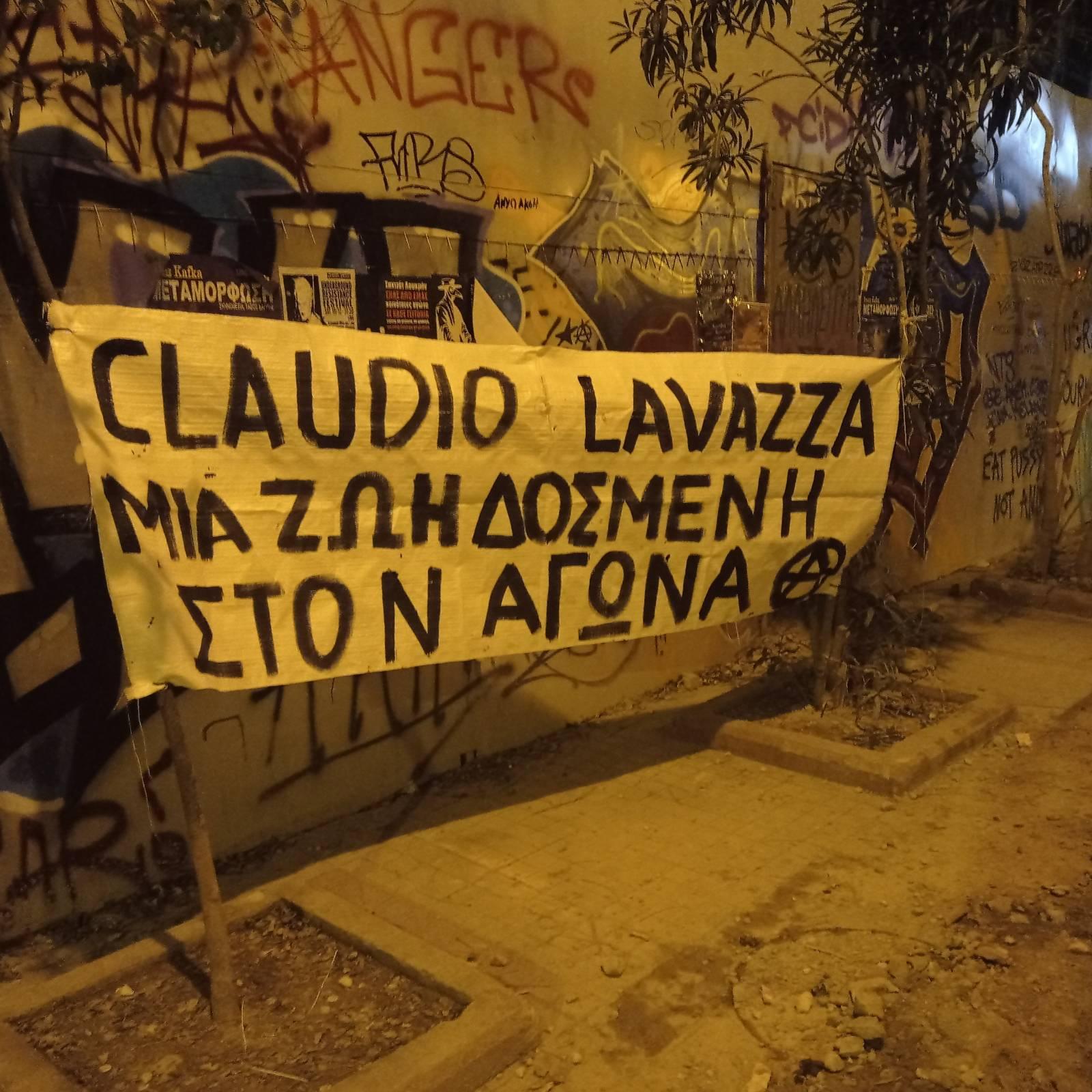