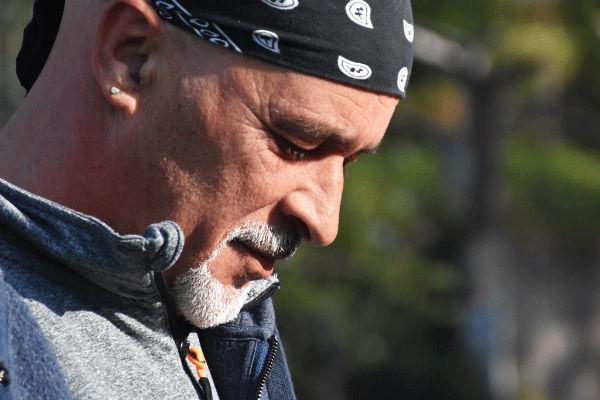 With this communiqué we want to inform about the current legal situation that continues to prevent the release of our anarchist comrade, despite the fact that 2 years have passed since his arrest (we remember illegal). It is evident the will of the executioners in robes to continue kidnapping Gabriel. With any means that their (almost) unlimited powers allow them, they abuse demonstrating their will to continue turning time into a weapon.

The sadness of the legal message (which we use in a synthetic and cold way) becomes strength knowing that our comrade is in very good health and spirits, despite this situation, and despite the discriminatory treatment he has been suffering for months after having refused the anti-Covid “vaccine” (he is not allowed to have vis-a-vis and can only receive visits by telephone). As always, he is investing his time (in his hands, as in ours, time can also become a weapon) reading books, receiving and writing letters, dedicating himself to translations and physical exercises and to freedom projects that we hope will materialize as soon as possible. The communication interception has been retroactively annulled (before last summer the Provincial Court, with a firm sentence, established the “non-dangerousness of the inmate”). In response, the prison took revenge by denying the second permit for “belonging to armed gangs” (the appeal has been dismissed with the excuse of the “remoteness of the date of compliance” -November 2030-, without going into the matter of the unjustified and false accusation of “armed gangs”… note the plural! Until this date of compliance is not modified, it is not possible to ask for another permit – the answer of the supreme court regarding the possibility of recasting to 20 years should have arrived last autumn, but the solicitor responsible for the processing of the appeal did not process it, making us lose 6 months (legal sewers of state part 1). The same court reinstated the appeal and we had to wait another 5 or 6 months at least.

– During all these months Judge Alcazar Navarro of Court number 2 of Girona never answered the request regarding the Penal Code applied to Gabriel despite the evidence that the 1973 Penal Code is being applied to him (otherwise he would not have been sentenced). At the end of September Judge Navarro passed her work to Judge Fontana Rodríguez De Acuña who, demonstrating the same line as her colleague (delaying the time knowing that we are right), forced us to file a complaint to the General Council of the Judiciary which, finally, accepted it and induced the court of Girona to answer us. The aforementioned judge denied the accusation of “undue delay” and “judicial abuse” given that “it is a very busy court” and that “no harm has been done to Mr. Pombo”. This response legitimized us to appeal to the Supreme Court winning one of our objectives: to remove once and for all the power of decision to the Court number 2 of Girona. We have to wait 4/6 months for the Supreme Court to pronounce definitively on the penal code applied to Gabriel.

– We are still waiting for our comrade to be recognized for all the remaining sentences and then be released for compliance. Waiting for the day when it can finally be read in black and white that the penal code applied is that of 1973, we have gone ahead and asked the Judge of Penitentiary Vigilance of Leon for part of the respective documentation… in response we received the “wrong” documentation regarding the redentions that were already recognized last year. This “clerical error” (legal sewers of the state, part 2) is making us lose even more time.

– The European Court of Human Rights has dismissed our request for recognition of the violation of human rights (no wonder).

– News should arrive shortly from the European Court of Rights to which we have already appealed to denounce the illegitimacy of the EAW (European Arrest Warrant) issued in 2019 (illegality by violation of the principle of specialty, one of the pillars of European law as a result of which Gabriel could not have been arrested).

Gabriel sends a strong embrace full of coherence and determination to all the worthy fighters of the world.

Comrade, you are not alone!
Gabriel freedom!
All free!
Long live Anarchy!

To write to Gabriel: