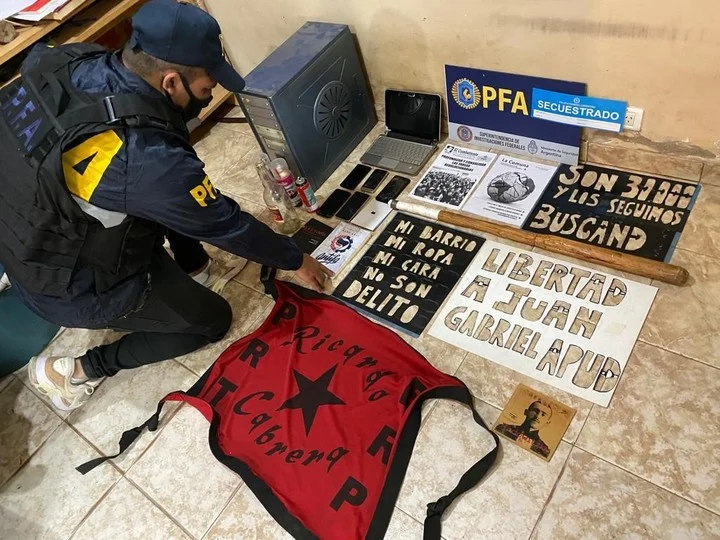 Argentina: The press aims and shoots

Yesterday, Monday 21 March, there were about 7 searches in the federal capital and in the western part of its metropolitan area, looking for the people supposedly “suspected” of the attack on the Clarín on 23 November 2021.

The press and the political parties, from left to right, who from the beginning expressed their loud disavowal of what had happened, are now, after four months of calls for repression, finding their “results”; they are trying to build a fictitious criminal network, in order to incriminate the accused under the charge of “criminal association”, under the umbrella of the famous “anti-terrorist law”, passed in 2007.

We can see, therefore, that the supposed evidence that justifies the detention of five people is reduced to relationships through social networks and that the “terrorist connection” is based on the possession of anarchist leaflets, posters or books.

In the midst of the arrests, after the “incidents” that accompanied the agreement with the IMF and the obvious repressive progress of the state, we do not remain silent, we do not give up.