*DN Note: We re-post and re-translate the follwoing communique from 2020: 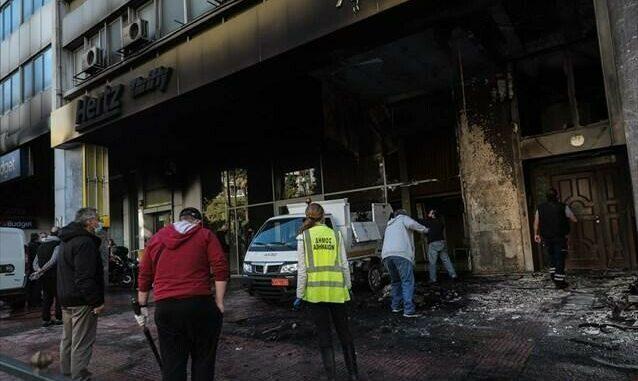 In the last year, no matter how many things we see that have changed, one thing definitely remains the same: the blessing of Chrisochoidis (Citizen Protection Minister) and Koulis (Prime Minister’s nickname) for the dirt of the cops. Nea Dimokratia has announced that the cops will be at the forefront of implementing its policies. It seems that the government has given them total control over how to deal with the cities.

The new ordinary picture is blue units, controls, fines, bullying and beatings. This is the everyday situation we are experiencing. The paradox is that almost everyone sees this as normal. What makes us even angrier, especially these days, is the increasing repression. When we see how cops behave, we remember more intensely than ever that the same scum, with the same state responsibility, murdered an underage companion of ours 12 years ago.

While we are spontaneously enraged by the cops’ behavior, they are not the only ones responsible. Responsibility also rests on the shoulders of everyone who supports and makes easier the shame they call job. Hertz has been working with the Greek police for several months, providing them with vehicles. Vehicles with which the cops can control more areas and more easily roam the cities to more quickly intimidate and arrest those they do not like.

In line with these thoughts, on the morning of December 6, the day of the murder of Alexandros Grigoropoulos by the cop Korkoneas and his accomplice Saraliotis, we set fire to a Hertz vehicle on Syggrou Avenue.

As a small tribute to the memory of Alexandros and all our dead Comrades. As a minimum reaction to the existence of the cops and the state. As a short breath of freedom in the suffocating stranglehold of the metropolis.