In the early hours of Saturday morning, we headed to the Eurobank bank at the junction of El.Venizelos and Iasonos streets, where 2 ATM machines were broken and then an attack was carried out on a police car and a vehicle of the OPKE, who arrived at the scene, by throwing empty bottles and stones. The above actions were taken as an act of vigilante action. We have no illusions, nor do we expect any vindication from the judicial organs of the state apparatus in the upcoming trial of the cops-torturers of Vassilis Maggos. It is time for fear to change sides. With this act we call for a generalization of the confrontational actions of the anti-authoritarian space in memory of Vassilis. We carve our confrontational path alone against rulers and their cover-up.

The anarchist hunger striker G. Michailidis has been on hunger strike since 23/5 demanding his just demand for release after serving 3/5 of his sentence. For the past 2 months he has received rejection decisions for his just request, while he continues his hunger strike until today with the risk of suffering irreparable damage to his physical health.

At the same time, the state is taking provocative decisions by acquitting notorious and socially reprehensible cases of people in the system such as Hortaria, Leventis, Korkoneas, Filippidis and Lignadis.The above cases happen to take on dimensions because of the fame of the accused. The state protects and exonerates its own people and its supporters, which is a constant condition. The responsibility of the pro-democratic classes is to remind again and again of their capitalist and patriarchal values. Property is a sacred value of what exists, therefore destruction and vandalism are criminal acts. In contrast, rape of women and minors, state murder at the hands of cops are not so valuable to the state and justice. This was the message we were conveyed by the decisions of their courts in the last period of time. It is probably no coincidence that these decisions were made at this particular time and circumstance. On the other hand, the authorities are avenging and exterminating political prisoners, migrants, Roma and poor people by extending the time of their incarceration, without any regard for their procedural and human rights.Let us be clear, we are talking about a war of different worlds and values without any suspensions, which is why we do not believe in any rule of law.

So as an indicative warning for the next decision of the Lamia council on 25/7 we decided on the 7th week of the hunger strike, at dawn on Monday 11/7, the flame of the solidarity struggle will wrap a van of the car rental company Hertz in the area of Vyronas. Hertz supplies the Greek police forces with cars and offers special conditions of suppressive forces worldwide. Removing the Hertz label from the cars of the OPKE is not enough. Hertz is an enemy of the struggle against repression. We are here, following your steps and your movements; nothing will go unanswered.

Until the hanging of each cage

On Tuesday 5 July a rally was called against the release of Korkoneas. The meeting was called at 20.00 at the intersection of Messolongiou and Tzavella. The response of the people was quite large, and it was decided to hold a march through the streets of Exarchia. The pulse was strong from start to finish, and slogans were constantly shouted, with the aim of demonstrating that “justice” is clearly class-based: On the one hand, it releases the cop-killer of Alexandros, by decision of the Lamia Court of Appeal, the same court of appeal that on the other hand deprives the anarchist hunger striker from 23/5, Giannis Michailidis, of his freedom. The march moved through the streets of Exarcheia, and ended exactly at the point where it started, namely at the monument of Alexandros.

After the end of the march, people chose to clash with the repressive forces that were positioned in the vicinity of Exarcheia, but also in many places in the neighbourhood. Another extreme form of authoritarianism and indiscriminate repression unfolded in Exarchia by the Greek Police assault battalions. Following the attacks by the riot police and DELTA forces, the repressive forces surrounded Exarcheia, drowned the neighbourhood in chemicals again and stormed the shops in the area, where patrons were having a drink. They began to bully and drag people into the pile. Specifically, in the bar “5 streets”, despite the strong protests and disapproval, all the people were brought to the GADA by MAT and OPKE, while not even the employees of the shop were spared from the “sweeping” operation. A spontaneous solidarity gathering was immediately called outside the GADA, where a large number of people in solidarity were present. The people who were arrested were released a few hours later. END_OF_DOCUMENT_TOKEN_TO_BE_REPLACED 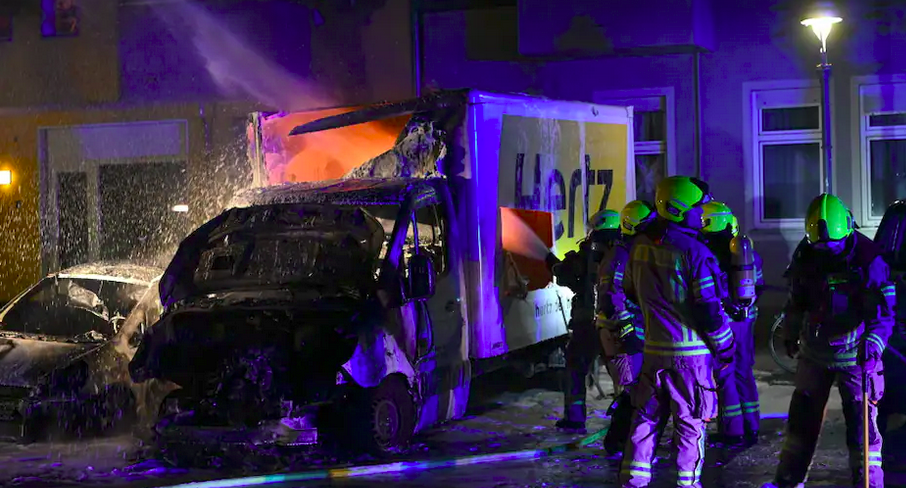