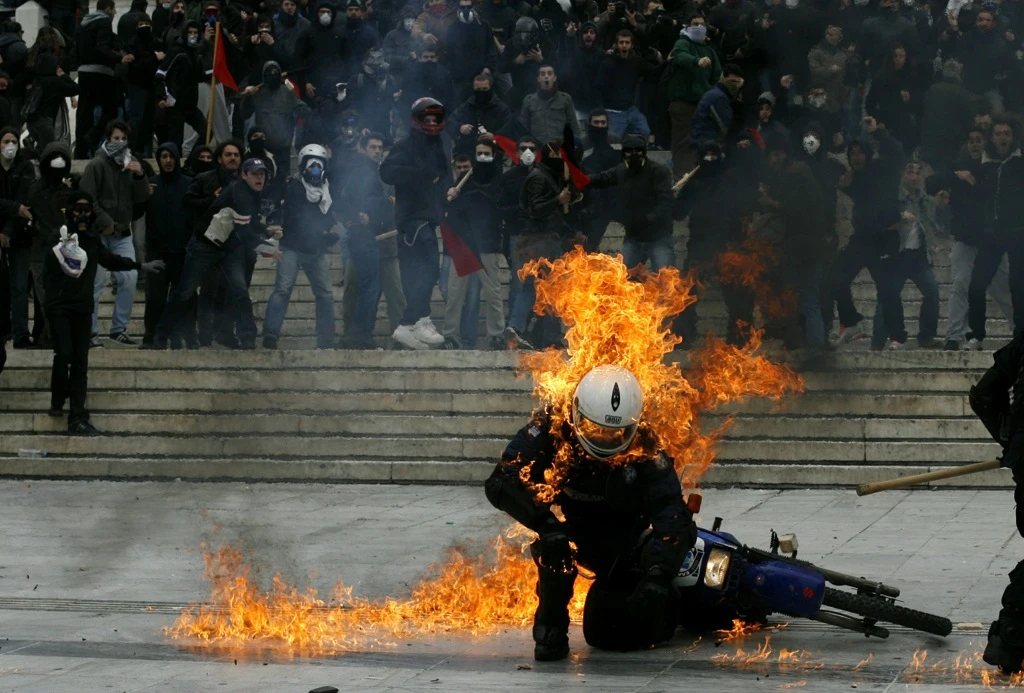 On Saturday 28/5 we chose to enliven the neighbourhood of Exarcheia a little more.

It was clear in our minds to give the state a clear message about how things will be from now on if the struggle of the anarchist G. Michailidis was not vindicated.

The comrade has been incarcerated since 2013 in the Greek prisons and already since 29/12/2021 he fulfils all the formal requirements for his conditional release. However, the judges of the Amfissa Magistrate’s Court rejected his application.

He decided on 23/05/2022 to start a hunger strike, forced by the obscene tactics of the state to hold him hostage on the sole basis of his political identity and the dignity with which he supports it.

The target of our attack was the much-publicised DRASI Group. One of the two main pillars of repression of society along with the riot police.

Our attack caught them completely off guard, not having the practical ability to approach us they were limited to picking up their fallen colleagues and throwing flash bangs. At our tactical retreat the DRASI felt they had the ability to fight back.

Then something happened that made us even happier. Along with us, a large crowd of people got up from the shops and benches, left for a while the classic hanging out in Messolonghio and joined us in the conflict. The aftermath was beautiful, the garbage of the DRASI Team running chased through the alleys of the Exarcheia.

Against the violence of the state we will always stand ready and willing to return a piece of it to them.

We will always respond to plots and terrorism with solidarity and comradeship.

Solidarity to all political prisoners and persecuted persons