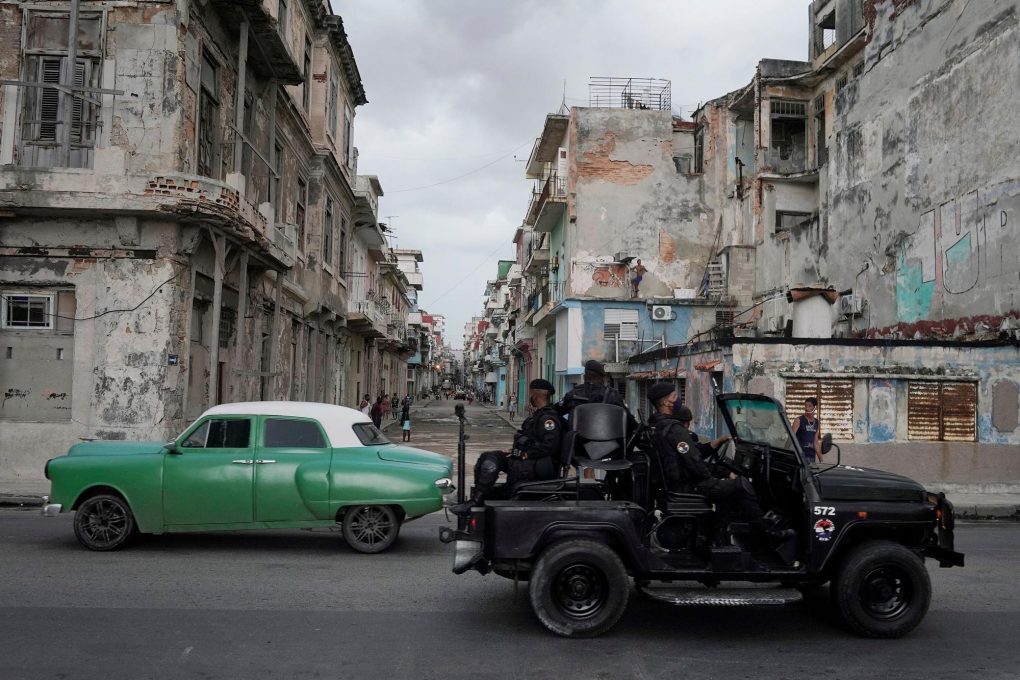 These days we have received a torrent of statements generated in the mass disinformation media about the recent protests in Cuba. On the one hand, there are those formulated by the Cuban officialdom and the leftists of the world in the name of anti-imperialism and in defense of what they still call the «Cuban revolution», on the other hand, there are the traditional right-wing media that accuse the «communist dictatorship» of the lack of freedoms and rights.

The Cuban Communist Party and its international acolytes call for solidarity with the regime, arguing that they are facing a new intervention of «Yankee imperialism» which is taking advantage of the disastrous economic conditions caused by more than sixty years of blockade and the greatest health crisis in its history. While the supporters of the free market and the right-wing forces claim that what is happening in the country is the result of its citizens’ oppression due to the lack of opportunities in the socialist regimes.

In these times of post-truth we are suspicious of all these positions, but also, as anarchists, we are not only suspicious of these channels of manipulation but we identify positions that are contrary to our praxis and enemies of our desire for total liberation.

Unfortunately, the information we have received so far with a clear anarchist position from the territory controlled by the Cuban state is minimal. That is why we chose to interview an anarchist voice with whom we identify and asked him to share with us his perspective of the facts from his experience as an exile of Cuban origin, in order to better understand what is happening in Cuba.

From AnarquíaInfo (AI) we have always given place to the reflections of our comrade Gustavo Rodríguez (GR), hosting in our blog almost all his contributions to the informal anarchist tendency and to the development of contemporary insurrectional anarchism, reaffirming the black path of Anarchy and promoting permanent insurrection through an international conspiracy that concretizes the Black International in our days.

AI: Comrade, for us it is a pleasure that you have agreed to this conversation. For some time we had been contemplating doing an interview with you but more focused on issues related to the perspective of the informal and insurrectional anarchist tendency, and your emphasis on «the need to abandon all that is alien». This concern became even greater after reading your last contribution (Against The Tide), where you state that we anarchists «really are «sectarian», «purist», «intransigent» and even «totalitarian».» However, with the passing of time, the revolts in Cuba arose and this made us reformulate this interview, but leaving pending for a future occasion the approach of these crucial issues for the development of a new anarchist paradigm. And well, on this particular occasion, we would like you to comment on your impressions about what is happening in Cuba, with the intention of clarifying things and forming a criterion more in line with our praxis. With this interest in mind, we have formulated the following questions:

AI: What is happening in Cuba?

GR: Comrades, the immense pleasure is mine. First of all, I would like to thank you -for a long time now- for promptly hosting and disseminating my contributions on your website. I also thank you for the opportunity to expose my views on the Cuban situation; however, I declare myself incompetent to answer your first question in all the extension it demands. However, this plea does not arise from the impossibility of being present in the country and/or not having participated in this struggle -there are those who even being there have been unable to take the pulse of the insurrectional moment they are living- but by the vast diversity of perspectives generated by these events from many different points of view, including the different lenses that, in one way or another, claim to be libertarianism and insular anarchism.

Undoubtedly, I can transmit you a balance of the facts through the related reflection of comrades in situ and I will also share with you my perspective from my experience as an exile of that singular banana national socialism1 that for more than six decades reigns with blood and fire in the largest of the Antilles. In that sense, I can assert that last July 11, there was an unprecedented social outburst, with presence in all 16 provinces. Of course, according to the narrative of the Cuban dictatorship, this social explosion never occurred, but rather there were attempts of «public disorder» and «riots» instigated by «vandals», «delinquents» and «antisocial elements» belonging to the «most vulgar and indecent sectors of society» and manipulated by the «cyberwar orchestrated by the Empire». Evidently, what is happening in Cuba is that a deeply rebellious generation that has lost its fear, despite the omnipresent control of the repressive mechanisms, has gained prominence. It happens that to the six decades of authoritarian epidemic was added the Covid pandemic, with its nightly curfews and «sanitary encirclements». It happens, that the myth of the Revolution (with capital letters) is over and the grammar of the «socialist paradise» is exhausted; evidencing the enormous inequality gap generated by the ruling class in the name of «Communism». It happens, that the deep classism and acute racism of the political elites has come to light, beyond the «egalitarian» rhetoric and discursive demagogy. It happens that during the protests, the National Socialist State took off its mask, revealing its true face -which is not at all different from the repressive role of the Chilean, Colombian, American or any other State, as the global revolt of the last years has shown-, as anticipated by Ramón García Guerra2 . Thousands of people were arrested during the demonstrations and half a thousand are still imprisoned (some of them minors, such as Marcos Antonio Perez Fernandez) under the accusation of «contempt», «insulting the president», «damaging property» and «spreading contagion», among other charges. It happens, that there are about twenty disappeared; a dozen of people wounded by firearms (of exclusive use of the repressive forces) and, a hundred of women and men savagely beaten by civilian and uniformed agents. It happens that the young Afro-Cuban Diubis Laurencio Tejeda (Aka, Piquiky Rasta), was cowardly assassinated by the regime’s henchmen. It happens that, for the first time, hundreds of young people from the poor neighborhoods and marginal strips, those who put their chests on the front line in Oaxaca, Santiago de Chile or Portland and promote subversive indiscipline and propagate illegalism -living daily Anarchy beyond the «classics», discursive rhetoric and politically correct verbiage-, responded to the bullets with stones; They overturned patrol cars, expropriated supermarkets, and confronted the agents of repression hand to hand. END_OF_DOCUMENT_TOKEN_TO_BE_REPLACED