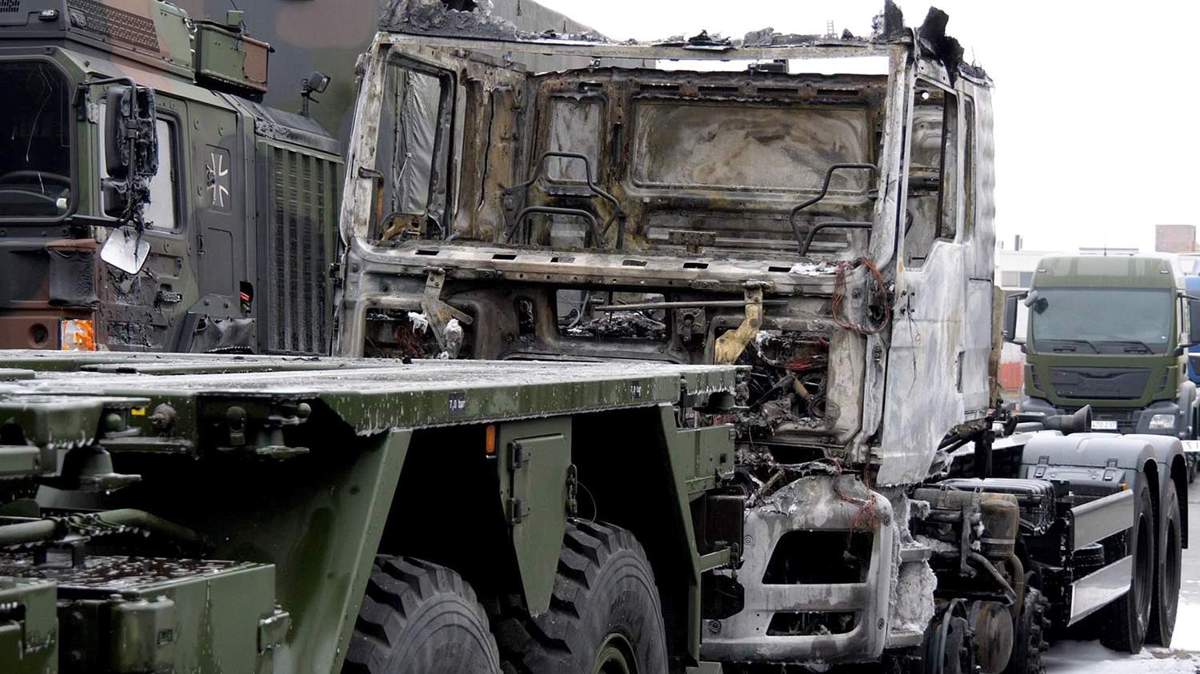 We are for anti-militarism!
We are for a world that does not need borders!
We stand for desertion!

Sometimes it almost seems that the slogans of the radical left are outdated. Sometimes it seems as if the idea of a world without war is no longer in fashion. War is accepted with a shrug, as a realistic option. Sometimes it seems that all these military operations “without alternative” have put us to sleep. Sometimes. Encouraged by the attack on the arms company OHB in Bremen in November, we decided to fight the war here. That’s why in the early morning of December 7th we set fire to a fleet of army vehicles in the Neustadt district of Bremen – in the parking lot of the company MAN, which profits from the war.

As the old slogan says: what burns in Germany cannot cause damage elsewhere.

Twenty years of Afghanistan have shown us not only in a very banal way, but also in a very brutal way: war is shit, war brings nothing but suffering, destruction and death for many people, and huge profits for a few. Twenty years of war in Afghanistan, during which countless civilians have lost their lives. In addition there are all the dead who, while fleeing this murderous war, lost their lives on the way to a supposedly safe Europe. Drowned in the Mediterranean. Frozen to death on the north-eastern borders of Europe. The borders of this Europe that won the Nobel Peace Prize. It makes us vomit. END_OF_DOCUMENT_TOKEN_TO_BE_REPLACED