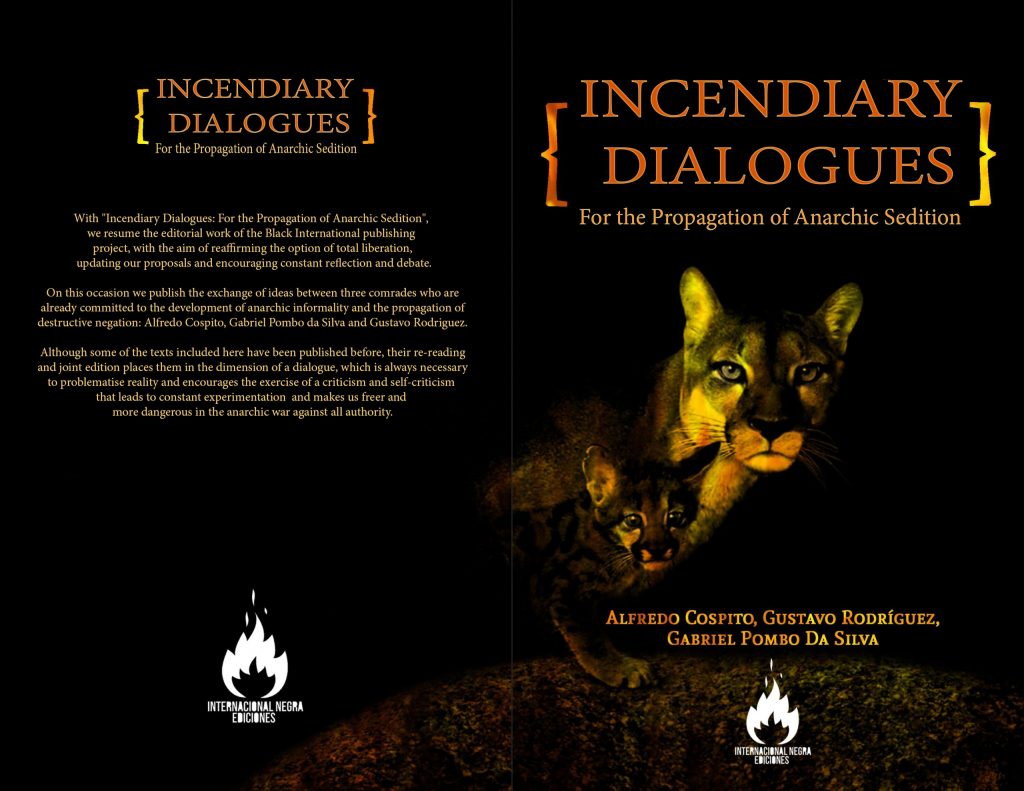 We consciously decided to launch this booklet on May 22, in timely celebration of Chaos Day, remembering anarchist comrade Mauricio Morales, who, on a day like today in 2009 left this life fighting against Power when the bomb he was carrying in his backpack exploded prematurely, detonating a few meters away from the Gendarmerie School in Chile.

We dedicate this book to all our comrades in prison around the world, with a special dedication to our comrade Alfredo Cóspito, imprisoned in Italy, and to our beloved Gabriel Pombo Da Silva, who was arrested in Portugal and extradited to Spain at the time this book was published. We send all our strength to comrade Gabriel in the face of this new revenge by the authorities for his eternal irreducible struggle.

This book will have printed versions that will circulate in affinity spaces, among comrades and diverse anarchic projects around the world. We invite you to actively support its diffusion by sharing its digital version, printing copies and/or making presentations and launches wherever there is a willingness to do the impossible in order to spread chaos and extend anarchic warfare.