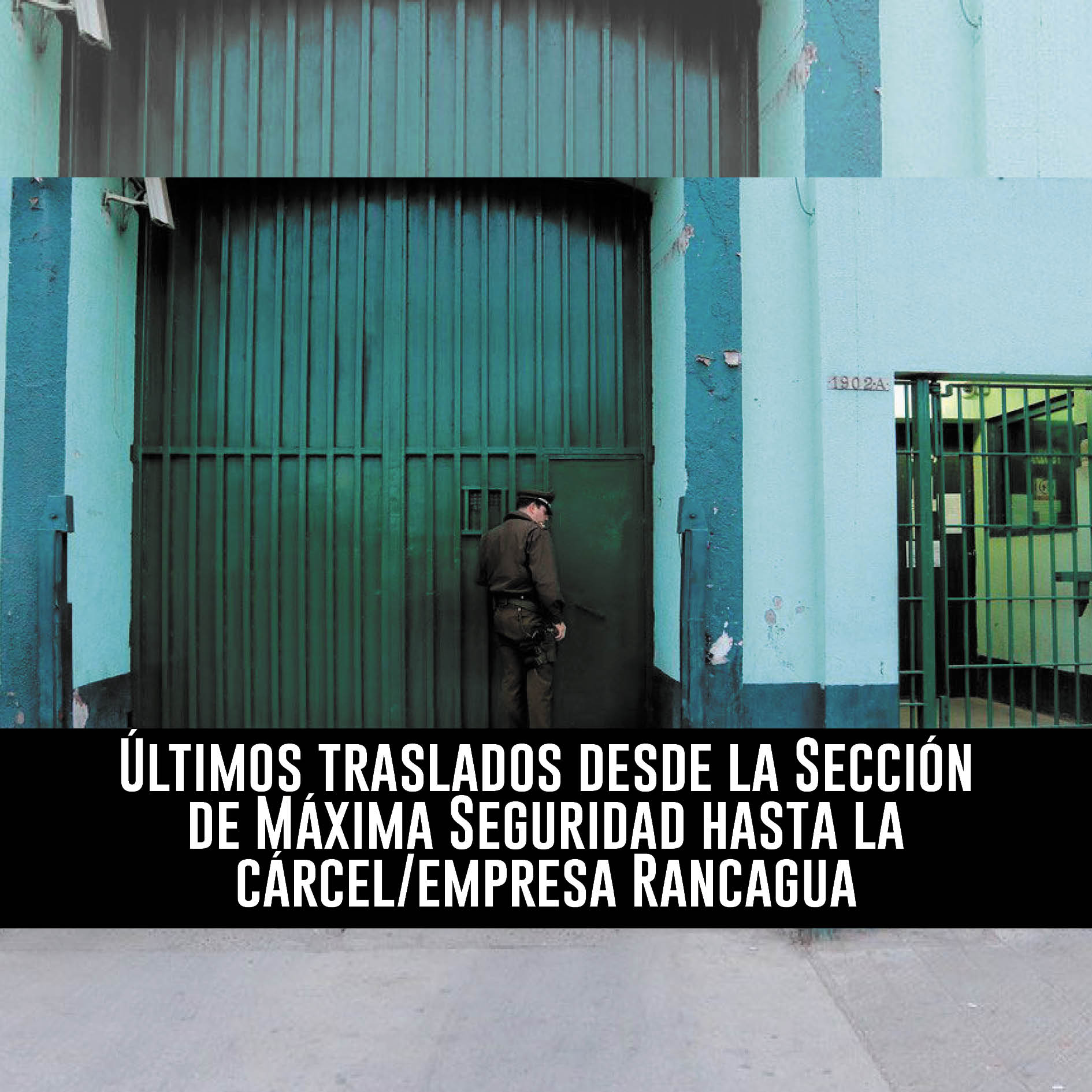 We assume the conflict with the state, prison and capital from the moment when we leave empty words and take action. With this, we assume the step to the offensive and the hostile consequences that come from the winding road of confrontation.

We do not need the permission, or the recognition of anyone to take the life in our hands and from there, build ties of affinity, of comradeship and brotherhood.

Clearly, this dynamic and constant process teaches us and calls us to always be attentive to the future of the struggle for total liberation.

Yes! We seek the total liberation of peoples, individuals and communities, a life away from the capitalist garbage, from the imposition of authoritarian rule affirmed, among other things, in the rotten politics of their agreements, solutions and cooked alliances, even between four walls, just to affirm the continuity of the Power that we hate in all its shapes and colors. Today, we are in a new chapter of real and concrete struggle in the Chilean prisons. Subversive and anarchist comrades of long convictions face the vengeance of the state in the first person together with our families, comrades, friends and the like. This reality is the struggle for the total destruction of prison society, not as a slogan on the air but in the daily and millimetric confrontation in the entire daily life of confinement. For decades, we have lived the political imprisonment that has never disappeared and that did not start on October 18, 2019. The same judicial, political-journalistic-police hostilities that today are denounced as unacceptable. we have lived them without pause for years.

And we continue with our fists raised, embracing the beauty of brotherhood and the subversive, autonomous and anarchic comradeship throughout the world, confronting the different forms in which the enemy presents himself, always seeking to be more and better individuals in the integrality of our being.

Today we resist with a new hunger strike in modules 1 and 2 of the company prison of Rancagua, along with almost 40 prisoners with whom we fight for the preservation of our rights won through years of struggle and mobilization.

We call all anti-prison spaces, all organizations, groups, collectives and individuals from the area and from all confines to multiform action, concrete solidarity, real will to break the continuous punishment and isolation in which they it keeps us.

Our imprisonment is political in the inalienable context of social war!!

We do not give up our demands from the past hunger strike and we assume the present as a continuity of struggle and in rejection of the complete isolation by “quarantine” (24 hours of confinement and prohibition of visiting lawyers), in rejection of the diet that they want to submit to us (innumerable restrictions on packages, denying everything advanced in the C.A.S [Cárcel de Alta Seguridad in Santiago]) and the demands of a dignified diet.

SOLIDARITY AND COMPLICITY WITH PRISONERS MOBILIZED AND ON HUNGER STRIKE!!!

AGAINST PUNISHMENT AND COVERT ISOLATION IN PANDEMIC!!!

TO DEFEND ALL THE PROGRESS MADE WITH STRUGGLE WITHIN THE PRISONS!!!

TO REPEAL THE MODIFICATIONS TO D.L 321!

MARCELO VILLARROEL TO THE STREET!!

SOLIDARITY AND COMPLICITY WITH THE SUBVERSIVE AND ANARCHIST PRISONERS IN STRUGGLE IN CHILEAN PRISONS!!

WHILE MISERY EXISTS THERE WILL BE REBELLION!!

FOR THE DESTRUCTION OF THE PRISON SOCIETY!!

FOR THE EXTENSION OF SOLIDARITY WITH THE PRISONERS OF THE SOCIAL WAR, OF THE REVOLT AND THE MAPUCHE LIBERATION!!

Modules 1 and 2, high and maximum security

Region dominated by the Chilean state

Prisoners transferred from the C.A.S to the Rancagua Prison on hunger strike produce riots against the isolation and the internal regime to which they want to subject them

Around noon today, June 9, 2021, the mobilization and hunger strike that began after the transfer from prisoners of the CAS and the Maximum Security Section to the Rancagua prison for remodeling of the first prison, took a new step.

The prisoners located in Module 2, corresponding to the prisoners transferred from the maximum security section, where the anarchist comrade Francisco Solar is located, started a disorder by burning clothes and papers, generating a large amount of smoke inside the prison. The jailers even tried to control the disturbance, including the Special Fire Fighting Brigade (BECI) personnel, who evicted them from the cells, effectively breaking the total isolation to which they are subjected.

This uprising is part of the massive hunger strike by the transferred (CAS-Maximum Security) in rejection of complete isolation due to “quarantine” (24 hours of confinement and prohibition of visiting lawyers), in rejection of the regime to which they want to subdue them (innumerable restrictions on packages, denying everything that has been won in the CAS) and the demands of a dignified diet.

ACTIVE SOLIDARITY AND COMPLICITY WITH PRISONERS IN STRUGGLE AND HUNGER STRIKE!!!

AGAINST PUNISHMENT AND COVERT ISOLATION IN PANDEMIC!!!

TO DEFEND ALL THE GAINS MADE FROM THE STRUGGLE IN PRISONS!!!