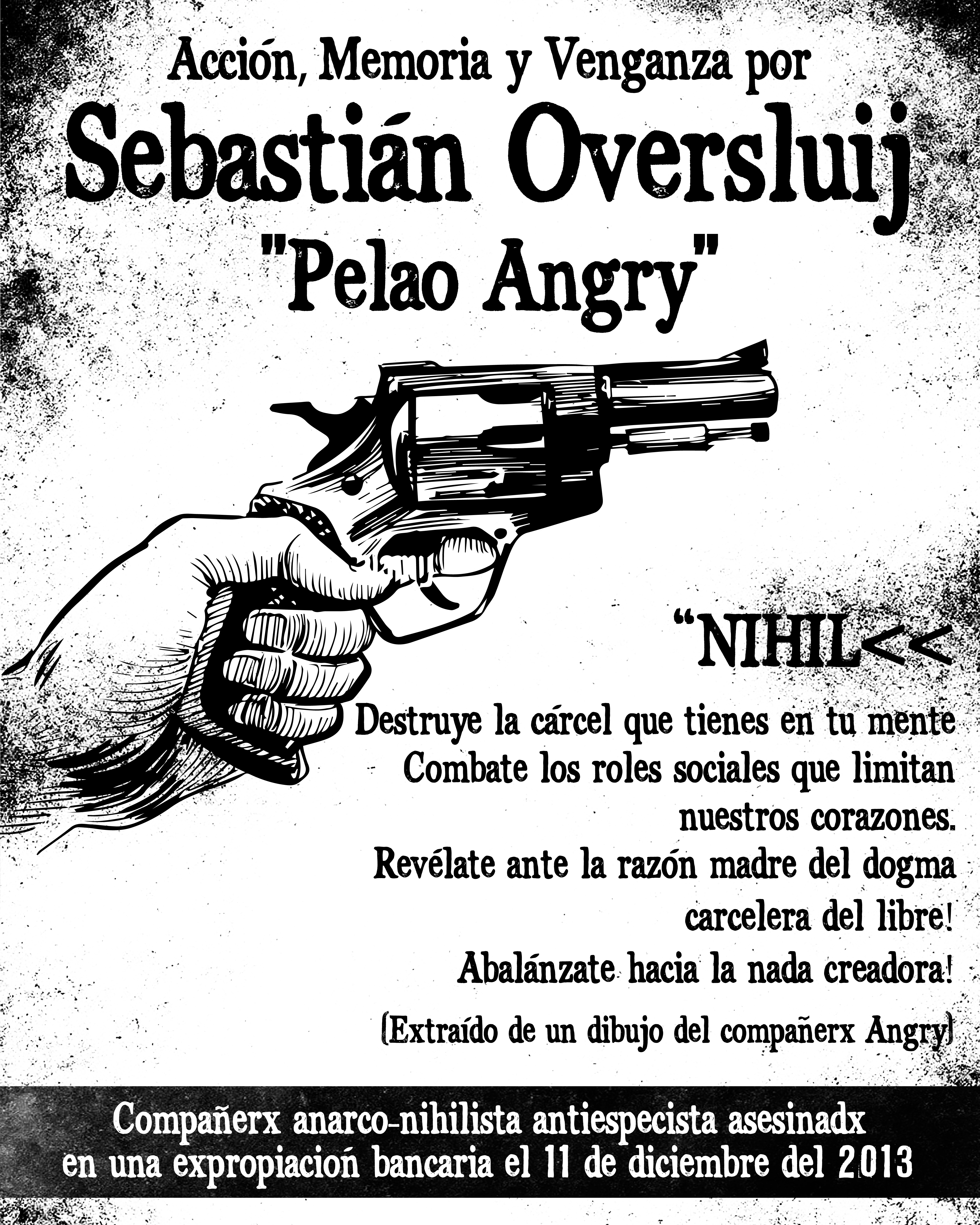 We share this poster in memory of Sebastián Oversluij Seguel, killed in 2013 by a bank guard in the state-controlled region of Chile, when he was preparing to carry out a bank expropriation.

On December 11, 2013, during a bank expropriation, Sebastián Oversluij “Pelao Angry”, a fellow Anarcho-Nihilist Antispecist, who upon entering the bank branch armed with a submachine gun was shot down by William Vera, the filthy Mercenary/Guard of the Banco Estado de Chile, in the commune of Pudahuel, Santiago.

“Throw yourself, dream that the praxis becomes stronger
animals alone there is no one to stop us
not even a thousand walls can stop the idea that the head contains
open the way
imagine every fence on the ground
no matter the failure of society
perhaps novel friends there’s nothing more beautiful
than to feel free of its laws imploring the delight of death
of civilization at sunset
I reach a thousand destructive dreams in the dark
fire feeds my senses
whimpering of the insurrectionary herd
to be fertile ground to live and die in search of total liberation.

The idea is in the mind with actions it is created
of versatile villages
affinities in the fight
for not being prisoners nor victims of imposed tasks
for the freedoms you desire
and if thousands of limits surround us
every material within your reach employs.”