Under our noses the imperialist armies are massing in Ukraine, make no mistake, they are preparing, yet again, for a generalised slaughter. The British Army are already deploying troops and ‘high tech’ weapons, including missile systems to be installed along the Ukrainian coast. The Russian Army are similarly massing thousands of troops along the border, preparing for all out war.

Ukraine is of ‘strategic’ interest in the ongoing energy crisis engulfing Europe. One set of oligarchs want to place a new pipeline carrying world-poisoning fuel from Russia to the west. Another set want to frustrate these attempts to profit their own national bourgeousie. In addition to this, the U.S. and the U.K. want to bring Ukraine into ‘Nato’, their gangster-imperialist international formation which dreams only of endless war and plunder, especially now Afghanistan has been looted for all its worth, of fossil fuels as well as its opium (which continues to flood the western cities, the spoils of war!). Russia also has brutal imperialist ambitions, the only way their disgusting government of tin-pot autocrats, thieves and murderers can perpetuate itself is to redraw the class tension in Russian society into a nationalistic clash between Russia and ‘the west’. 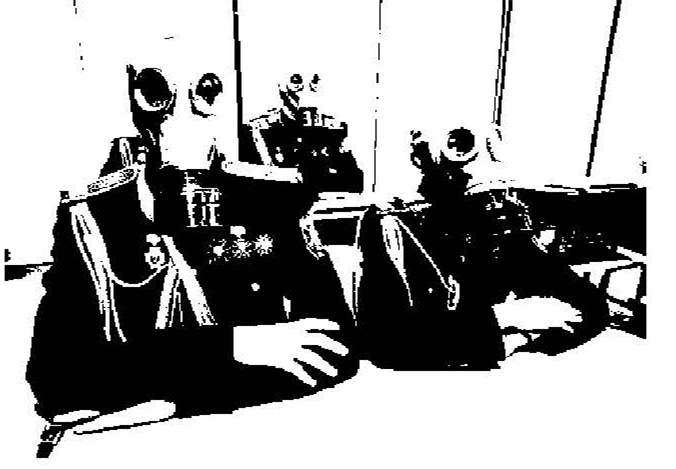 Accordingly, this provides excellent cover for their sponsorship of real state terror, rather than the laughable antics which the british media focusses on, of providing assistance at every level to the grey beuraucrat manikins, all basically interchangable, who run Belarus and Kazakhstan, enriching themselves and those who can bribe them, while using their police to stamp on any sign of courageous upheaval.

There are some instances however where these powers are in alignment, particularly as regards the fascist little man of Turkey, Erdogan. Increasingly the Nato and Russian mafias can get around the table to faciliate Erdogan’s carve-up of Armenia, in coordination with his proxy in the authorities of Azerbaijan. Unsurprisingly they are also
increasinlgy in agreement on the rights of the Turkish Army to invade and subjugate the territories of Northern Syria known as ‘Rojava’. This ambition particurlarly implies what can only be called a ‘genocide’. We should not imagine that one source of ‘resolution’ to NATO and Russia’s bristling of high powered weaponry at one another, may not be achieved through Erdogan’s mediation, reaffirming the overall alliance of established powers and gangster-capitalists to at least the ‘system’
or’balance’ one another’s power. 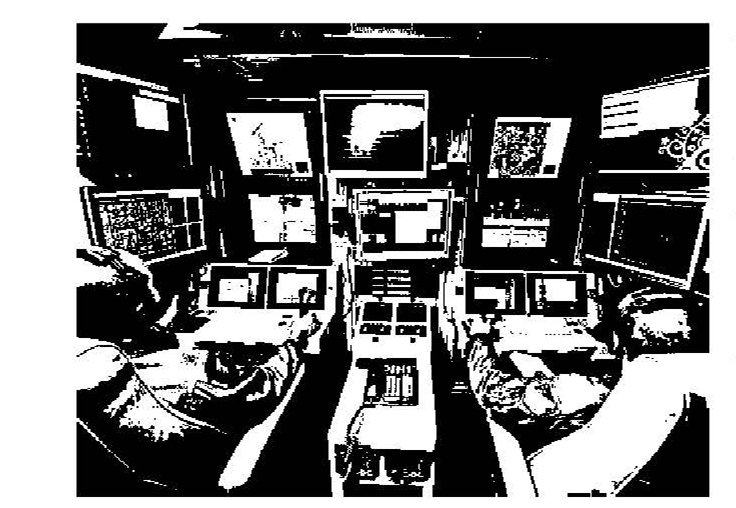 The authorities of every country involved in this brewing potential
mass-slaughter are similarly fragile. They are all squabbling round a table to divide up the spoils of the the world to secure or maintain their wealth and power, which is a synonym for murderous exploitation, both of the living earth and its plebian and excluded, ‘domestically’ and through their imperialist ventures. None of these global powers even really pretend to have an ideology to justify this anymore. Without ‘communism’ or ‘democracy’ as sham justifications for their brutality, Nato and Russia proceed with rapacious appetite for control and
subjugation AND TRAIN THEIR INCREASINGLY AUTOMATED, HIGH TECH, DESTRUCTIVE WEAPONRY, NOT AT EACH OTHER, BUT AT US, people stuck under
the reign of these competing cartels! The pathetic cowards who run these countries want to point at each other to terrify us into obedience, and eventually, if things go on as they are, to march us into the mincing machine of another imperialist war.

BUT WE KNOW EXACTLY WHO ARE RESPONSIBLE. The military contractors, the barracks, the banks, the bases, the weapons manufacturers and our rotten ‘democratic representatives’. If we are to put even a single barricade in the way of their advance down the bloody path we are embarked on then we must make war costly for those who throughout history have organised death and destruction with impunity, even bowing down for a medal from the queen in the completely banal case of Blair, for their efforts. Comrades internationally have presented us with noble examples recently of acting directly to attack the murderous capacities of european states.

A recent communique from Germany states:

“War is accepted with a shrug, as a realistic option. Sometimes it seems that all these military operations “without alternative” have put us to sleep. Sometimes. Encouraged by the attack on the arms company OHB in Bremen in November, we decided to fight the war here. That’s why in the early morning of December 7th we set fire to a fleet of army vehicles in the Neustadt district of Bremen – in the parking lot of the company MAN, which profits from the war.

As the old slogan says: what burns in Germany cannot cause damage elsewhere.”

“We set on fire three large trailers of the British-Dutch corporation Shell at the gas station of the company in Lund (Sweden) in the night of August 27. The reason to take Shell as an aim for attack was Shell`s participation in the construction of the natural gas pipeline Nord Stream 2 as an investor. This action was carried out within the International Week of Solidarity With Anarchist Prisoners (August 23–30).
Nord Stream 2 belongs to the Russian State Corporation Gazprom and it is a strategic project of Putin’s regime. This gas pipeline will become a serious weapon in the hands of the dictatorship. Nevertheless, Shell and several more Western companies help the Russian state economically…”

And finally from Switzerland a couple of years ago:

“Like a black thread it runs through history – the rebellious violence against dominion in all colors and shades. Despite all attempts at integration, all repression, all apparent hopelessness and confusion, the passion of freedom continues to blaze today. 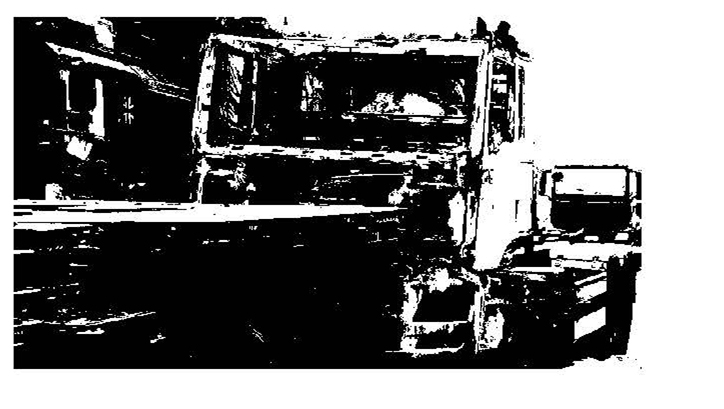 In the night from Saturday to Sunday 17.12.2018, this fire spilled over to two vehicles: First, a car from Siemens. Through its history – of active involvement in Nazism, the manufacture of war and control equipment, and the development of so-called ‘smart’ technologies – this company has repeatedly been targeted by the insurgents. In this context, technological progress is anything but a neutral process, but rather the next stage in the history of capitalist expropriation. On the other hand, a delivery truck of the construction company Implenia, which earns its money from the construction of today’s prisons, camps and repression temples.

We can see that by attacking the tentacles of these seemingly abstract and transnational monstors, a multiform danger can be created for the warmongers who govern and exploit us. The examples have already been inscribed in decades of struggle against their projects and persons, the methods are easy to put into practise. What is important is THAT THIS IS
THE PATH OF REAL STRUGGLE AGAINST CAPITAL AND ITS WARS. The stupid shennanigans of the ‘Stop the War Coalition’ have already made their ‘peace’ with a state of perpetual war. NONE of these activist groups, big coalitions, single issue ‘campaigns’, have any interest in giving the class enemy some immediate consequence for their imperial adventurism, and therefore, we must understand THEY HAVE NO INTEREST IN ‘ACTUALLY’ STOPPING THE COMING WAR AT ALL.

With covid-19(84) beginning to outlive its use as an ’emergency’ to
force us into obedience, a new frontier to prop up the long-expired
legitimacy of our rulers and the oligarchs they represent is being
revealed.

Everyone can get together against ‘Russia’, it is hoped perhaps even the anarchists. And by the time the ‘human rights abuses’, as the rape, torture, and devastation wrought by the last twenty year war in Afghanistan were always euphamistically refferred, inflame the righteous indignation of the liberal conscience, it will already be too late.

This rotten order, this open-plan prison called the ‘U.K.’ has run out of justifications for itself- it believes precisely in nothing, leaving only world-devouring greed. While good citizens prevaricate and scroll their news-feed an abyss of new horrors, wrought by our own passivity, starts to become visible. BY CONTRAST, WE HAVE AN IDEA OF FREEDOM, OF DIGNITY AND PASSION, WHICH CAN UNRAVEL THEIR PLANS, WHICH ARE ALREADY WRITTEN, FOR A POISONED EARTH, A SKY DARK WITH PREDATOR
DRONES, AND A LIFE LEFT TO THE MERCY OF THE COWARDS WHO THINK THEMSLEVES OUR MASTERS, ONE WE ARE ALLOWING, THROUGH OUR OWN INNACTION, TO BE WASTED IN THEIR BLOOD-STAINED LABORATORIES OF CONTROL.

With Posters, Graffiti, Counter information, and all the rebellious
techniques of direct acts, let’s bring, their wars home! With agile,
sharp analyis which denounces the enemy where they, structures and persons are hiding in plain sight, and in small, informally organised groups based on affinity, let’s fight the NATO/Russia death machines!