Anarchist prisoner Toby Shone was sentenced to 3 years 9 months in prison for 8 drug offences at Bristol Crown Court on October 13, 2021 after Terrorism charges were dropped. He has already served 8 months of this sentence on remand.

The ‘drugs’ were psychedelics and medicinal plants (LSD, DMT, cannabis, THC oil, MDMA and magic mushrooms) found at two of the four properties raided by counter-terror cops in the UK South-West on November 18, 2020 in their hunt for the administrator of anarchist website 325.nostate.net.

The investigation into 325 continues and cops continue to harass and attempt to intimidate one of Toby’s comrades at her home.

Toby is in good spirits and remains strong. He hopes to delay being transferred to another prison until he has had his annual MRI scan for cancer which is scheduled for this month with his medical team in Bristol, so please continue to send letters of support and birthday cards (it is his birthday on October 20th) to:

Or email him via emailaprisoner.com

Solidarity with Toby!
Some Anarchists

To all our comrades internationally, be they in the streets or in the hellholes of the state, we would like to let everyone know that we are still active as a collective & working on new publication projects.

For anyone who would like to be in contact with us, we share our most recent PGP key. New proposals for publications are very much welcome for the expansion of the Black International of Anarchists of Praxis and against the techno prison world.

Toby’s trial began on 6th October at Bristol Crown Court. The charges for administration of 325.nostate.net, funding of terrorism through the website and dissemination of and collection of material useful to terrorists have now been dropped due to lack of evidence.

The other charges of possession of Class A and B drugs with intent to supply, producing a class B drug and a further count of class AA drug possession are still being pursued. At this present time we understand this could carry a jail term of 3-6 years imprisonment.

We do not believe in guilt and innocence, neither in passivity, only in solidarity that contributes to the continuation of the conflict against the existent.

Nothing is over, the conflict continues! 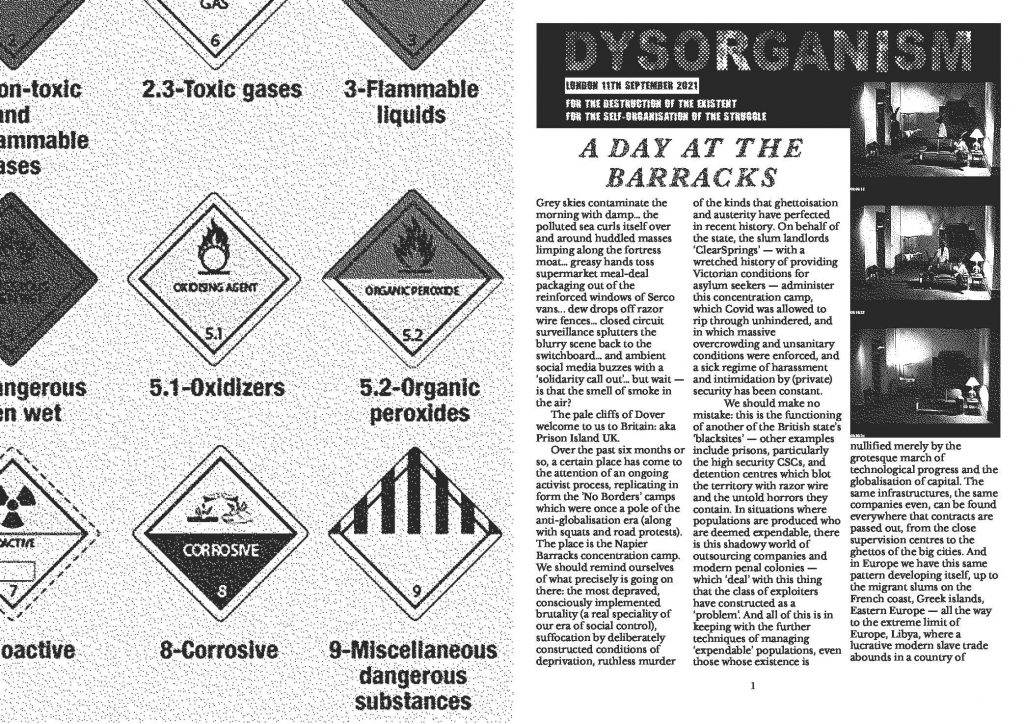 Ryan Roberts is currently on remand in Bristol Prison. He was arrested after the confrontation with the police at Bristol’s Bridewell police station. He has been charged with riot and arson.

He has asked for letters of support. Please write to him at: