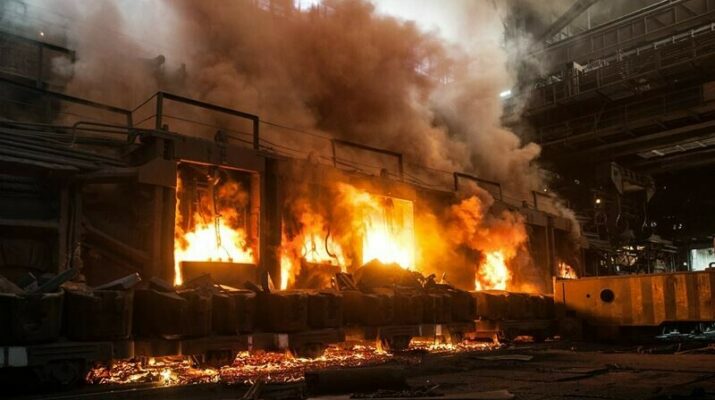 Of course, the majority of society, beyond the common belief shared in the necessity of power, is at the same time divided into classes. Social classes that are not entrenched from one another, as in past centuries when natural exclusion from the upper echelons of power prevailed (pyramidal morphology based on descent and hereditary rights), but constitute categories of people based on their fluid position in production and their economic surface. Today, therefore, people are in constant class mobility due to the structure of the modern system. The participatory form of capitalism and the real or fictitious opportunities for professional development form a fluctuating scale on which petty bourgeoisie can become bosses (self-made professionals and careerists) and bosses can fall into petty bourgeoisie (company bankruptcies, failed investments).

But fluid class mobility is not only a concept in strictly economic-material terms, but more an imaginary bond that links society to the vision of quick riches, material success, personal advancement. Even now, with the economic crisis of the system and the ever growing class of the newly unemployed that is emerging, what is being revived is the vision of the old promises and the memories of the fictitious economic prosperity that existed. No meaningful self-criticism has been made by the newly impoverished crowd in relation to their former way of life and its rejection towards a libertarian outlook. Most of today’s protests and social indignation are more reminiscent of the complaint of a spoiled child who has had the gift he was promised for so long taken out of his hands. So, too, the comfort of loans, credit cards, stocks, investments, consumerism were taken back from the newly impoverished…

This is why we say that even in times of economic crisis petty bourgeoisie rules, and class warfare is an outdated concept.
Because for there to be war there must be two opposing sides clashing, each defending its own separate interests on its own behalf. This means class identity and consciousness. It means that the proletarian and the worker attack the bosses to abolish them and not to put themselves in their place. It means that there is a consciousness of the oppression of being in a class society, not resentment and anger because the material paradise promised to them in the advertisements is illusory and indebted.

It means that the oppressed stand for a different culture, not that they are jealous of the one they can’t have.

From our anarchist point of view, the only ones who have class consciousness today are the big bosses defending their interests and certain honest but quaint minorities of workers who feed on proletarian fantasies of the past.
Imagine, moreover, if all these protesters and indignant people were satisfied in terms of wages and regained the bourgeois dream of a country house, two cars and four televisions at the sole price of the ever-increasing impoverishment of immigrants, how quickly they would return to their comfortable couch. This is how the “miracle of Greek development” was built in the 1990s, on the indifference and the crippling of Greek society.

Now, since society is divided into classes (but without class consciousness), one could say that despite all our anti-socialism, we might recognize as closer to us the most oppressed classes and social categories, such as for example the multitude of unskilled workers.
And yet, economic poverty is often not conducive to the prospect of anarchist liberation. It is no coincidence that in the past some of the fascist and totalitarian regimes were established on poverty and economic deprivation, after having presented themselves as the solution of salvation and exit from the crisis. Indeed, the impoverished masses often saw Hitler or Mussolini as their redeeming leaders. After all, it was ‘the poor people’ themselves who brought these scumbags to power through elections. This is because for someone who is financially desperate, usually his priority is to save by any means the basic necessities of life.

He is not in the mood to consider that there is a different life proposition that is not ruled by inequality and exploitation. What he is concerned with is a proposal or at least a promise that will now get him out of his impasse.
Imagine what is more convincing today, a hate speech against immigrants who “deprive thousands of jobs from the Greek unemployed” and “increase crime” or an anarchist proposal that speaks of the abolition of economic and wage slavery? We believe that the fear of an uncertain economic future, together with anger, produces at the same time the conservatization of many people.
That is why poverty and deprivation create favourable conditions for the demagogues of populism and patriotism, who rush into such circumstances, promoting racism and xenophobia. Consider the recent figures of Golden Dawn in the 2012 elections.

So often, many oppressed people who see that their lives have turned out to be a disaster start chasing the “easier targets”, such as undocumented migrants. Particularly in areas where the lower social strata of the local and foreign lower classes are concentrated, the phenomenon of intra-class conflict is now common. A conflict that is due to the suffocating situation experienced by people in these areas. On the one hand, migrants see Greece as a transfer station to other European countries. But because they are undocumented they are stuck here. Thus they live crammed like animals in squalid houses, they are financially parasitic, they are subjected to brutal exploitation by the locals and, unfortunately, a proportion of them develop despicable attitudes and practices, such as rape, violent attacks and theft against the lower classes of the locals, as the banks and the districts of the rich seem inaccessible to them.

On the other hand, the local population of the lower classes live and move with the migrants in the same apartment buildings, in the same streets, in the same neighbourhoods. Different culture, suffocating cohabitation in crowded conditions, poverty, state propaganda, the mentality of an arrogant localism, combined with some despicable immigrant behaviour, lead to an explosive mixture of intra-class conflict.
It is there, with the contribution of organised fascist scum, that the snake’s egg is hatched. This is why most of the areas where racist pogroms against immigrants break out are the neighbourhoods inhabited by people from ‘low’ class strata (Egaleo, Kolonos, Renti, Aspropyrgos, Elefsina, etc.)

Also, in the well-known incidents in the area of Agios Panteleimon, immigrants (e.g. Albanians) are often involved, who behave just as racist as the “Greek patriots” against the “dark-skinned” immigrants. That is, there we find the ultimate expression of the new war of “poor against poor”.

This proves that class position alone does not produce consciousness, but can often result in cannibalism.

Thus, for many of the economically impoverished, this world of exploitation and its culture seems like their only property worth defending. As it has been written somewhere:
“Who are most afraid of the world changing? The most fearful.”

Source: Blessed Is The Flame