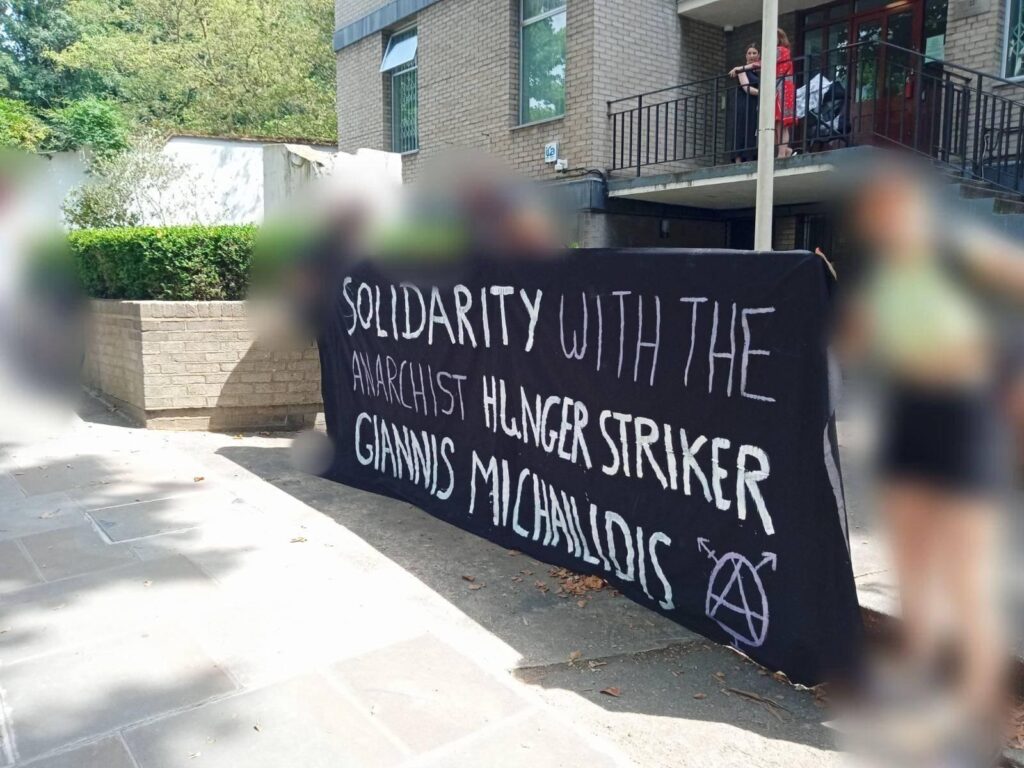 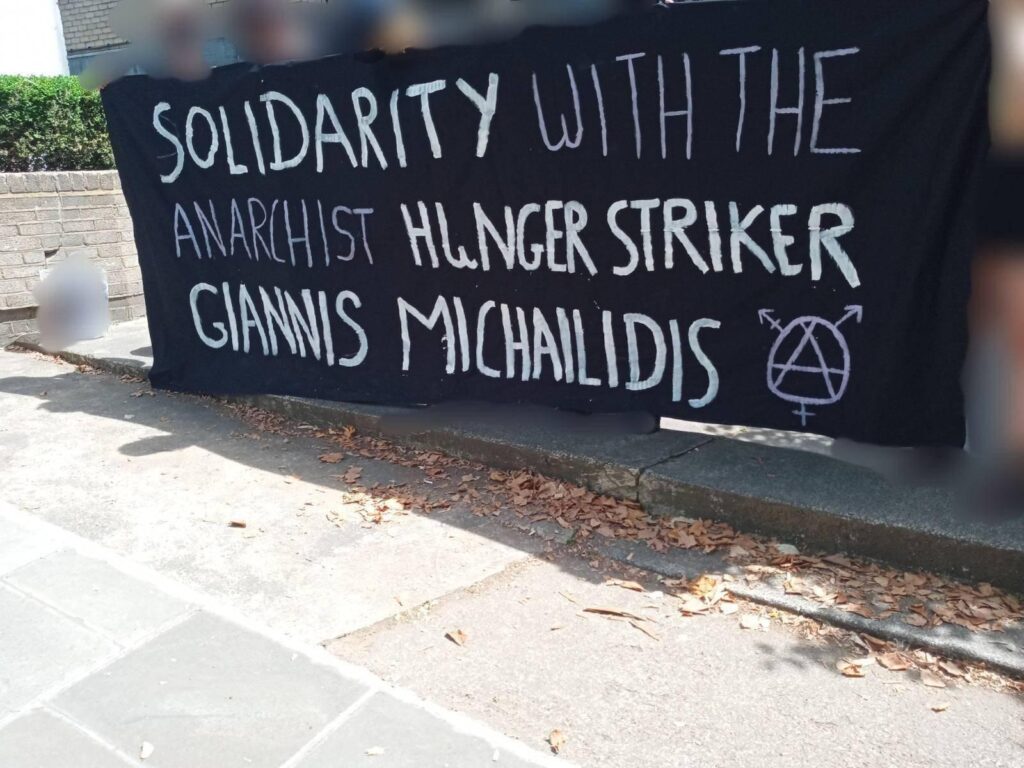 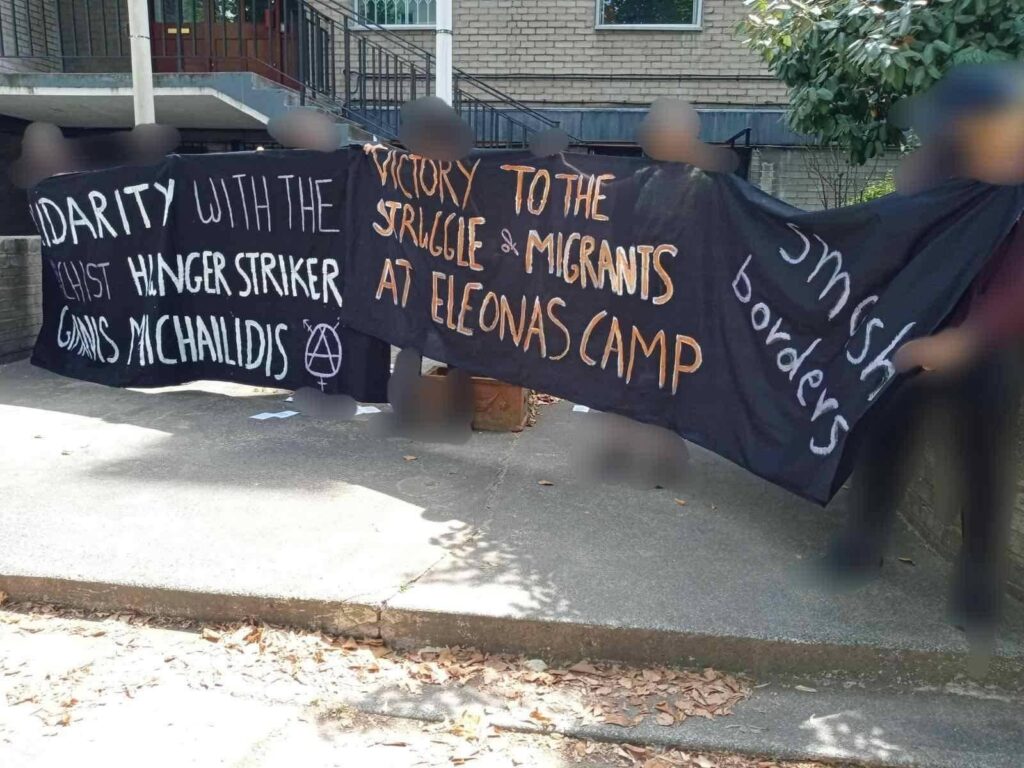 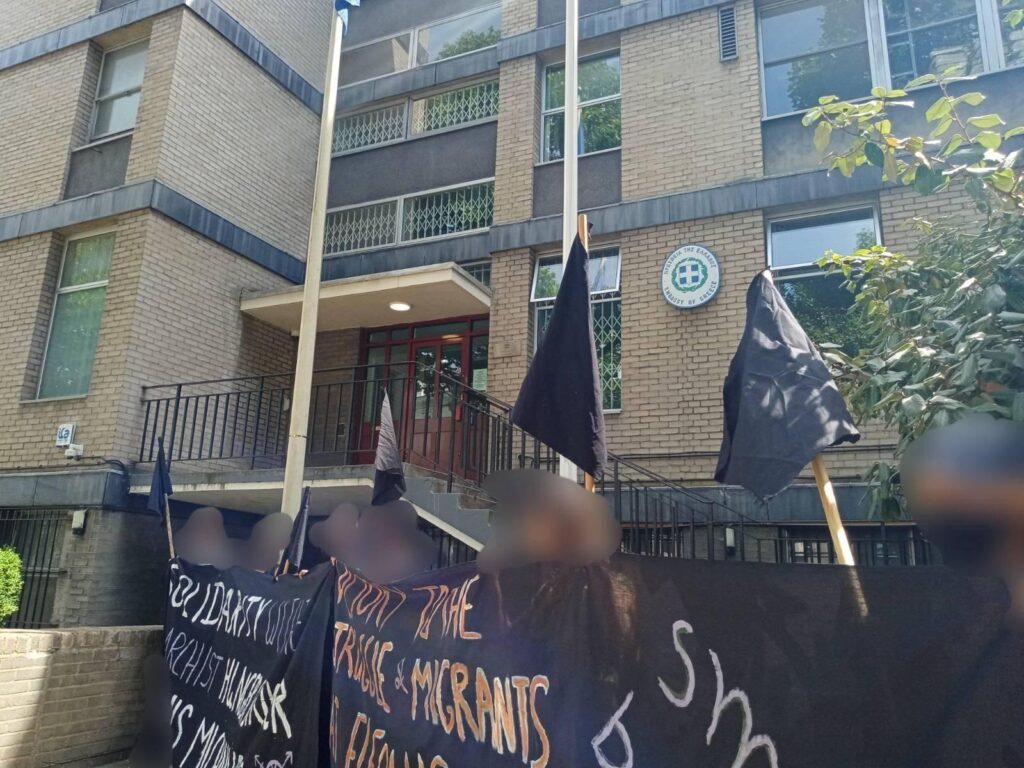 Giannis Michailidis is an anarchist prisoner on hunger strike since 23/5. He has served 8.5 years in prison and, while he fulfils all formal conditions for his release, he is kept in preventive detention. The Greek judges backed by the Greek state refuse to release him on the pretext that he does not meet the substantive conditions of release. This additional detention is being used at will to punish him for remaining unrepentant and maintaining a militant stance within the prison walls. This is not the first time Michailidis faces the vengeance of the Greek state. His heavy prosecution began in 2011 when an arrest warrant was issued against him for involvement in the Conspiracy of Cells of Fire, for which he was later acquitted. He chose the path of illegality and was arrested in 2013 in Velvento Kozani, after expropriating a bank together with 3 other anarchists, where he was tortured by the police.

He was forced to escape in 2019 from prison due to a fabricated prosecution for participation in the uprising against the violent abduction of the then hunger striker Dinos Yatzoglou from Korydallos prison. This prosecution was brought against all political prisoners in order to restrict their rights and prolong their time in prison.

Michailidis’ hunger strike is taking place at a time when the Greek state applies a ‘zero tolerance’ doctrine against all opponents and ‘others’. This is especially true for migrants who are actively killed or left to die at the Greek borders and mainland. On July 8, a refugee woman was found dead from starvation, as she was hiding to avoid being pushed back to Turkey. On July 7, Greece was convicted for violations concerning the right to life and the prohibition of torture for the shipwreck at Farmakonisi which cost the life of 11 people. Amidst violent pushbacks at the borders and daily racist policing in the cities, residents at Eleonas camp in Athens are mounting an important fight. On June 15th, following a fire at the camp that left a 15-year old in critical condition, the Greek authorities decided to disperse residents to remote camps, dismantling their communities, disrupting children’s education and denying them the right to the city. Migrants refused the future determined for them. Since 15/6 they have been blocking their transportation, organising demonstrations, opening the doors of the camp to migrants with no papers, and building their collective resistance through daily residents’ assemblies and meetings with the local radical movement. They are refusing to be devalued and invisibilised. They demand their right to housing, health, education and papers for all.

UNTIL THE ABOLITION OF PRISONS, BORDERS, AND STATES

Via & translated by Act for freedom now!