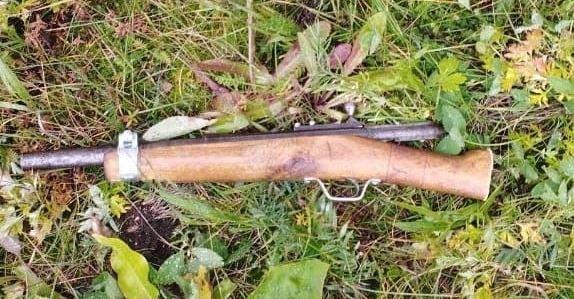 Monday 26 September 2022, some days after the partial mobilisation decided by the Russian president, a 25 year old unemployed youth, with joyful walking, went into his hometown recruiting center. More precisely in Oust-Ilimsk, 600km north of Irkoutsk, in the middle of Siberia. Around noon, he went up to the building fourth floor, before reaching the meeting room were there already was the future recruits.

In front of them was standing the military center commandant, Alexander Eliseev, soon fullfilling the room with his martial speeches and shouting his first orders. Then, Ruslan Zinin said to the youths around him : “nobody will fight” and “now, we all gonna come home !”. Then, armed with his convictions, he pulled a hand crafted gun out of his jacket, and shot in the officer’s face. Useless to say the commandant did right away shut his big mouth when crumbling to the ground, before falling into a coma and being carried to hospital in absolute emergency.

Ruslan Zinin didn’t receive a mobilisation order to go to war in far away Ukraine, contrarly to his cousin or his best friend. He went to the recruiting center by himself, to make his own with a hand crafted weapon, before unfortunately falling into enemies claws, trying to escape. To this day also 54 recruiting centers or military administration buildings have been burned all across Russia since the beginning of war.

In particular, the DNAA is directly responsible for the transfer of the anarchist Alfredo Cospito to 41 bis prison regime. An almost total isolation regime, designed with the declared aim of annihilating the prisoner in order to induce him to cooperate. An unprecedented decision as far as imprisoned anarchists are concerned, marking a turning point in the war between the State and anarchism, but one that has already been used for years against some prisoners of the organization Brigate Rosse per la costruzione del Partito Comunista Combattente (BR-PCC). The DNAA, more generally, plays a coordinating and strategic role for the counterrevolution in Italy.

Numerous speeches concentrated on denouncing the maximally oppressive nature of 41 bis, on showing the true face of the anti-mafia, revealing how behind the facade of a popular institution dedicated to fighting organised crime is in reality hidden an emergency institution with exceptional powers aimed at repressing the internal enemy, linking Alfredo’s particular condition and the attack against revolutionary anarchism within a broader repressive climate. Some speeches emphasised how this authoritarian turn comes at a time of profound crisis in international and national capitalism, after two years of pandemic and within the war policies that dominate the governments’ agenda. Faced with the difficulties of capital, the state responds with a pre-emptive social war against its historical enemies. The climate of military mobilization, on the other hand, constitutes the best context for the liquidation of those subjectivities that are unwilling to mediate with power.

After about two hours near the DNAA headquarters, we marched through the streets of the city centre chanting chants, and after a brief moment of tension with the police the demonstration continued towards Campo de’ Fiori square. Crossing the market with slogans and leaflets, another short round of speeches communicated the reasons for our anger to those in the square. The demonstration then came to an end.

Instead, our mobilization is only just beginning. END_OF_DOCUMENT_TOKEN_TO_BE_REPLACED