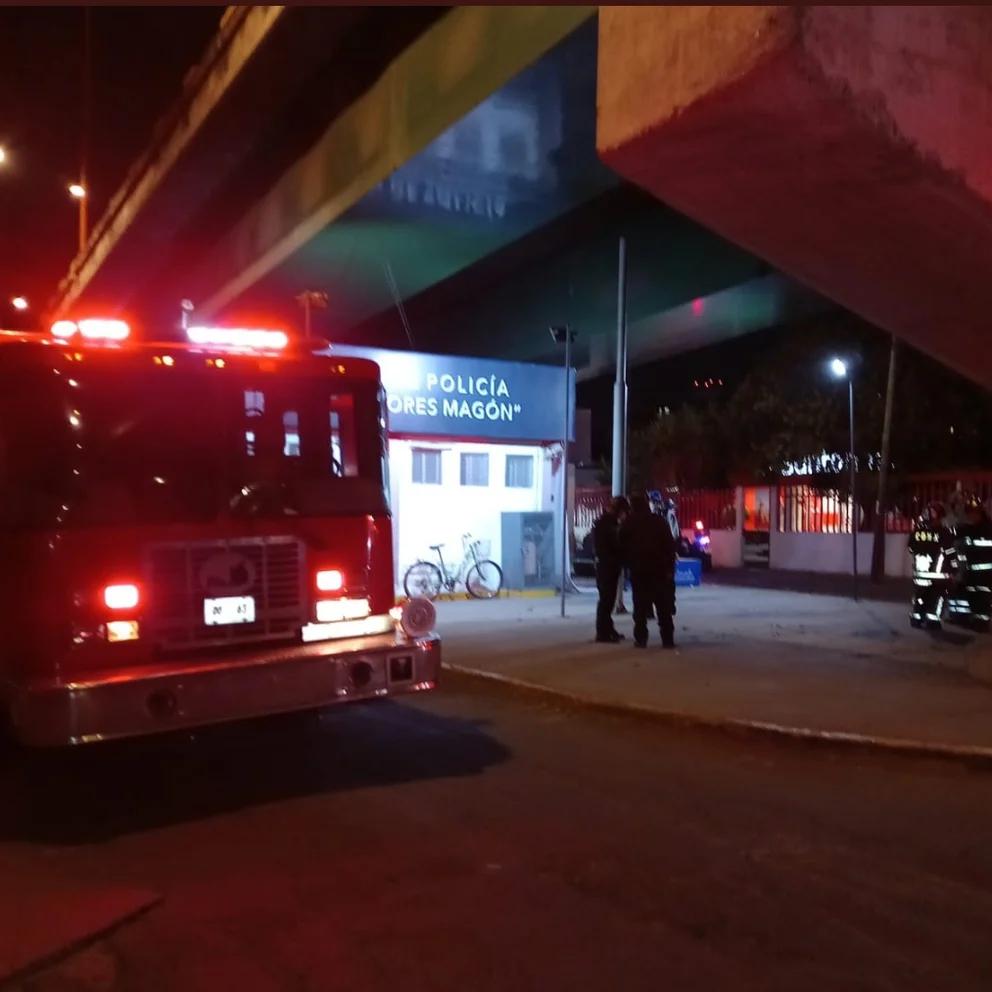 On September 3, 2022, we set off an explosive artifact made with dynamite, gunpowder, ammonium sulfate, nitrates, phosphates and butane gas. This happened at approximately one in the morning at the Ricardo Flores Magón Police station located in Jaime Torres Bodet and Ciprés streets of the Santa María la Ribera neighborhood in the territory occupied by Mexico City.

We are anarchists. We repudiate that the Mexican Police dare to use the name of Ricardo Flores Magón, whom we consider an important reference of the internationalist anarchist struggle and who detested all kinds of government during his life, to appoint a station of the Mexican police repressors in Mexico City . We warn that we will burn the same station again and again until they stop staining his name in such an opprobrious way.

We also repudiate that the Government of Mexico use our comrade Magón in an attempt to make the imposition of its militarized government legitimate.

We are not afraid of them! We will not allow you to misrepresent the history of anarchism to legitimize any government!

We are women. The Government of Mexico represses, imprisons and dissects our bodies, imposing an increasingly vertical life, according to the reproduction of the triad of the three-headed monster of capital, patriarchy and colonialism. The State wants to return our minds, emotions and bodies to the extermination in which the colonization of value is imposed. They want us to accept becoming docile goods at their disposal by giving us in exchange only fantasies dressed in legal fetishisms.

We will not accept it: we will fight for our lives!

The law is a fetish! The reality is our mutilated bodies!

A life of freedom, without governments and without laws!

We are antimilitarist. For liberal theorists, the Mexican government is imposing a state of exception that treats us as enemies. We think that every state is of exception, and that every state is our enemy. We will attack your foundations in every aspect of our lives. We will return to us every millimeter of our lives. We will tear our lives from their claws. And… we will attack you. We will always attack you. Military out from our streets!

Break the walls of the prisons! Anarchist prisoners to the street! We send all our solidarity and greetings to the companions Mónica Caballero and Francisco Solar in the territory occupied by the Chilean State. One day we will meet each other, comrades! And we will return to our streets again to attack!… Because nothing ends, everything continues… and if the dungeons of all states do not burn, who will illuminate our darkness?

By the diffusion cell of the Insurrectional Anarcha-Feminist Group of Antiauthoritarian Action,

Via & Translated by Abolition Media