You’ll find us in our place as we can’t stay in yours. On the “Diamante” investigation

At dawn on 16th March 2022 two anarchists were arrested in Rome by the DIGOS police and the ROS carabinieri on orders of the Power of Attorney of Genoa and Public Prosecutor Federico Manotti.

The charge is fabrication and possession of explosive material (article 1 and 2, bill 895/67) with the intent to attack public safety (article 435 of the penal code), all this with purposes of terrorism and subversion of the democratic order (article 270 bis 1) in collusion with other persons yet to be identified.

Alongside this investigation named “Diamante”, there is another open investigation named “Tenaglia” following incendiary sabotages on pylons, repeaters and server booths which occurred in 2021 in Liguria, and even episodes that happened many years ago, listed, even only formally, and mentioned in previous investigations and failed investigations by the same prosecutor in Genoa. This seems to be more like a strategy to exaggerate the repressive operation, given that there is little or nothing that concretely links these episodes to the reason for the arrest for possession of explosive material.

Obviously in the investigation there is the usual revisitation of significance and analyses often incoherent and botched, which intend to schematise the “trends” of the anarchist movement into “formations” and a superficial job of copy-and-paste on things already written in other anti-anarchist investigations, which we absolutely think are pointless to dwell on.

The investigation that led to the arrest started with the finding of explosive material, electrical material and other devices in a forest in Liguria in June 2021. In the papers of the investigation we read that containers were found by an unknown person who later declared he was looking for drugs, and who after the finding went to report it to the carabinieri together with a friend. The pair collaborated with the police and gave directions and descriptions, and were considered suspects, investigated, intercepted and shadowed by the same carabinieri they turned to, and were later exonerated.

After the finding of the containers, the carabinieri set up photo/video traps to “catch” anyone who went near the area. Subsequently a male person was photographed from behind near the spot, a person whom the police declared they recognized and had identified. END_OF_DOCUMENT_TOKEN_TO_BE_REPLACED

On April 6th was held the hearing of the re-examination court on the precautionary measures for Gianluca and Evelin, anarchist comrades accused of “possession of deflagrant and explosive material, attempted manufacture of improvised explosive devices and possession of deflagrant material with the aim of attacking public safety”, arrested on March 16th on a warrant from the public prosecutor’s office of Genoa and later transferred under house arrest.

Today, April 8th, the comrades were notified of the result of the hearing: the arrest order against Evelin was “annulled for lack of serious evidence of guilt”, therefore the comrade is released from house arrest, while it is confirmed for Gianluca, who remains under house arrest, without any change in the specific restrictions (no communication with persons other than close family members, no leaving the perimeter of the house even to buy food, no receiving correspondence, etc., and periodic checks by the police).

We remind that a solidarity fund has been activated to support the expenses of the comrades (currently the fund is only active on italian territory). The coordinates for sending contributions are:

Solidarity with Gianluca and all imprisoned anarchists!

Evelin was transferred to house arrest in Rovereto on March 26th. Both she and Gianluca are subject to all restrictions (no communication with each other, no communication with persons other than close family members, no leaving the perimeter of the house even to buy food, no receiving correspondence, etc., and periodic checks by the police).

A solidarity fund has been set up to support the expenses of the two comrades (currently the fund is only active on italian territory). The coordinates for sending contributions are:

[Note: The comrades were arrested in Rome on March 16th. The investigation and the repressive operation are the result of a joint work between the ROS (“Special Operational Grouping” of carabinieri) and the DIGOS (“General Investigations and Special Operations Division”, political police), coordinated by the Genoa public prosecutor’s office. The two comrades are charged with “possession of deflagrant and explosive material, attempted manufacture of improvised explosive devices, as well as possession of deflagrant material with the aim of attacking public safety”, in conspiracy with unknown persons, in relation to the discovery by the repressive forces of explosive material in June 2021 in a wood near Genoa].

On Wednesday, March 16, two anarchist comrades, Evelin and Gianluca, were arrested in Rome. The investigation and the repressive operation are the result of a joint work between the ROS (“Special Operational Grouping” of carabinieri) and the DIGOS (“General Investigations and Special Operations Division”, political police), coordinated by the Genoa public prosecutor’s office. The two comrades are charged with “possession of deflagrant and explosive material, attempted manufacture of improvised explosive devices, as well as possession of deflagrant material with the aim of attacking public safety”, in conspiracy with unknown persons.

Revolutionary solidarity with Gianluca and Evelin and all imprisoned anarchists!

The address of the comrade: 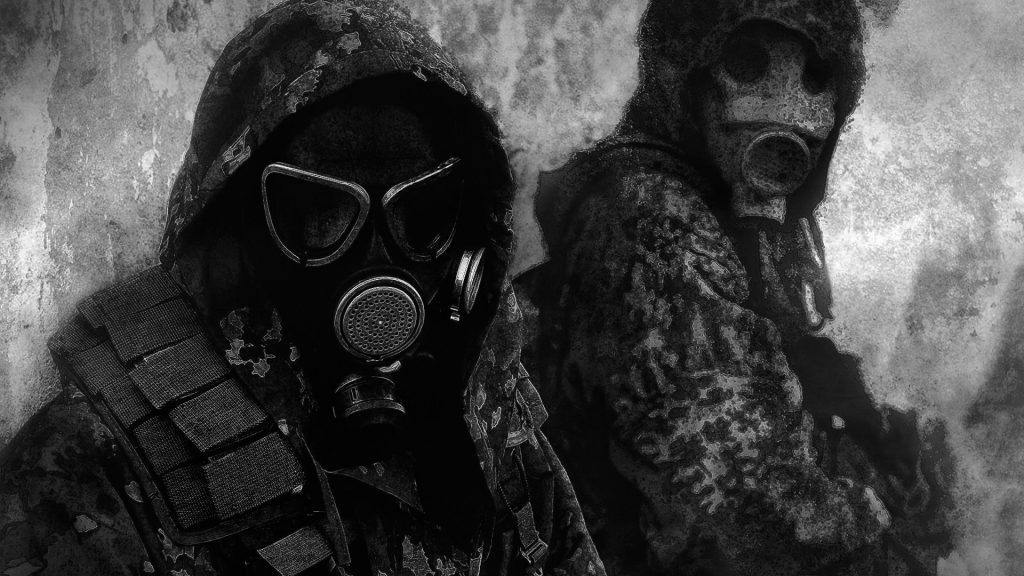 Returning from self-imposed hiatus, to rethink what the 325 and Dark Nights project means, to work on several upcoming publications, but also it is healthy to take a step back back from the spectacle that counter-info can become, all too aware that without the insurrectional praxis it can become a void.

Without further ado, our collective will be bringing out a new Dark Nights publication next month concentrating on the militaristic hellscape that is occuring in Eastern Europe, which we see as a continuation of conflicts being waged in Syria, Yemen, previously in Iraq and Afghanistan, but also a continuation of the military industrial techno complex’s pursuit of total control. We find recent texts released by anarchists in the UK & Italy are a direction that all anarchists must pursue because an anti-militarist praxis is one of many anarchist priciples that has been forgotten or outright ignored by those of a more liberal, leftist and even communist deviations in anarchist circles. We are not miltaristic, we do not enlist in nationalistic or imerpialistic wars and we definitly do not join any army, be it democratic or fascist or communist! Too easily anarchists forget the disgusting ‘Manifesto of the Sixteen (1916)’, that even Kropotkin was a signatore of, that condoned joining the massacre in the trenches that was World War I.

We plan in the future to critique the miltaristic tendancy that has been occuring within anarchist circles internationally, beginning in Rojava and now manifesting itself in horrendous fashion in the Ukraine.

Further to the new Dark Nights publication, we are in the early stages of planning a new #13 edition of 325. We encourage any comrades, individuals and projects to contact us with proposals for articles to include in the new edition or any ideas for the direction it will take. We are wanting to make a shift away from an exclusive concentration on technology and science, to start to open up a critique and analysis on a international context. There have been recent proposals for what is known as an ‘International’ in the past few years, we want to further this critique and analysis that such comrades as Alfredo Cospito (‘What International?’), Gustavo Rodriguez and Gabriel Pombo da Silva, have already started. We are particulary interested in hearing from comrades internationally from their own struggles wherever they maybe, in how they relate to international co-ordination. Critiques and analysis of past manifestations of international networks will also be appreciated.

Other future publications we plan to release are about the Direct Action Cells of Greece and a further collection of texts by Gustavo Rodriguez.

Until then… More of this… As comrades are already doing on this techno prison island.

Against the drift towards militarisation, attack and sabotage the machines of control and massacre all around us.

Lets destroy their peace, continue our own war against the existent and against civilization’s grip upon our whole lives!