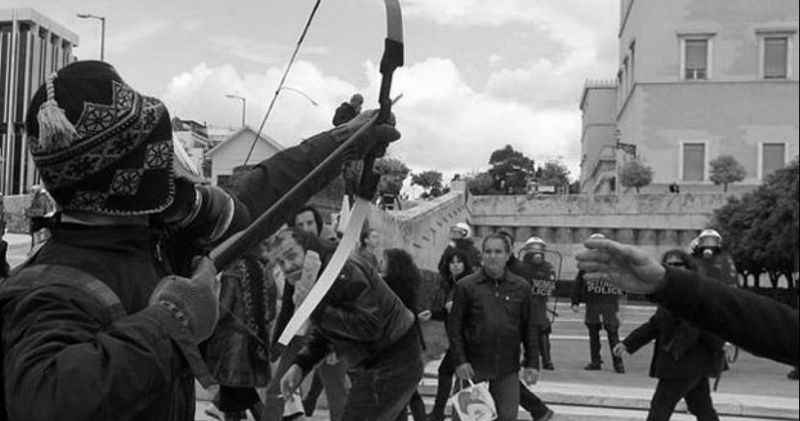 After 8.5 years in prison, after all these arbitrary actions against me, I decided to put an end to my 11 years of suffering, by putting a stop to the practice of pre-trial detention, or the additional punishment of escape through legal loopholes. After 5 more months of pre-trial detention, I start a hunger strike for my release. This choice, with the deep motivation of the much desired freedom, I intend to support it with the same consistency that I have supported my choices so far and for which I am being persecuted.

“Woe to those who will accept prison as a condition of life, and from the brightest sunlight, the smallest ray” – The rallying cry of the Alikarnassos prison uprising

For 11 years I have experienced state vengeance against choices in line with my values and ideas. The difficult journey, from which I choose to share some blatant vengeful acts of arbitrariness against me, began in the distant 2011, when an arrest warrant was issued against me for the Conspiracy of Cells of Fire case, for which I was eventually acquitted as there was not the slightest connection between me and the charge against me. It was the incrimination of a relationship of solidarity with wanted anarchists that put me in their place when they were arrested.

After 2 years of being on the run, I too am now walking through the heavy doors of prison, as the existence of a warrant that entails a decade of incarceration has led to certain choices and consequent mistakes. The comrades who were arrested at the time in the bank robbery in Velvento, Kozani, were tortured by the police, which is common, and then the Ministry of Public Order published photos of our swollen faces, provoking a public reaction. Of course, no police officer was accused of this by the blind Greek justice system. END_OF_DOCUMENT_TOKEN_TO_BE_REPLACED