Our decision to target her, apart from her institutional role, is related to the fact that she is currently involved in the Novartis scandal, being a member of the special court that is currently trying state prosecutors and government officials from the former SYRIZA government, as defendants for allegedly orchestrating a conspiracy in this particular case. She is also a court tribunal member for the upcoming trial of a former SYRIZA minister in a case regarding TV licenses. In fact, in order for Papahiou to be a member of these tribunals, she was hastily promoted to the rank of deputy-president a few days before the selection of tribunal members took place. Without any desire to get involved in the shifting alliances and infighting of this rotten political establishment, we recognize that this court is acting as a white-washing machine for sections of the political elite who are involved in the Novartis scandal. An international scandal that demonstrates with surgical precision how capitalism works. Multinationals, big pharma and politicians were complicit in the criminal regulation of drug prices in the health sector. They were complicit in the dismantling of public hospitals, in the operation of an organized international state-economic mafia that exploited in the worst possible way one of the most basic services, that of health. The government’s systematic attempt to present this scandal as a frame-up goes hand in hand with its refusal to demand compensation from the company. Our choice to strike at one of the puppets that are part of the government’s white-washing is intended to highlight all of the above. END_OF_DOCUMENT_TOKEN_TO_BE_REPLACED

The granting of short furlough days to prisoners, which has been legislated following prisoner struggles, is essentially a transitional stage in the preparation of prisoners from confinement to release with restrictive conditions due to the suspension of serving the remaining 2/5ths of the sentence. END_OF_DOCUMENT_TOKEN_TO_BE_REPLACED 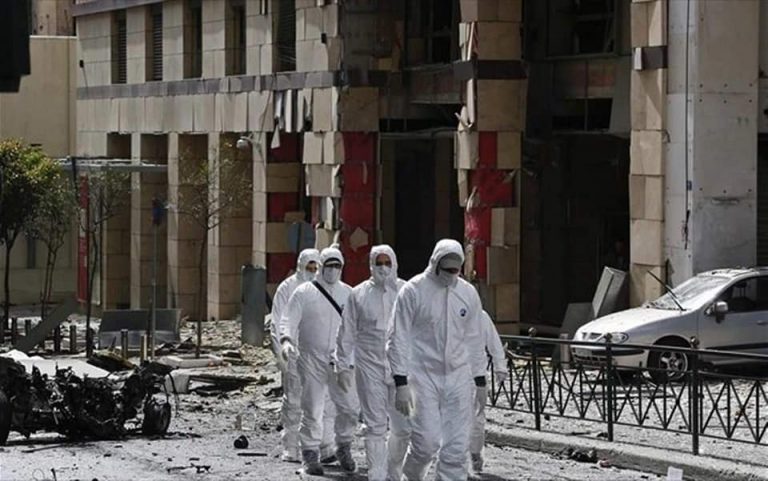 In court during my appeal – following the prosecutor’s proposal – I said that the obsessively hostile attitude of the courts towards us is linked to political pressures on judges, which need not always be direct, but can be formed in a very vindictive political environment created around us by the executive, and which, combined with the personal political attitude of the judges and their personal ambitions for career advancement, form the conditions of the trials as the reasons why the executive and the legislature chose professional judges instead of citizens of the mixed jury to judge dynamic political opponents of the regime had been mentioned by I. Manoledakis saying: »… judges, subjected to hierarchical dependence and expecting their professional development within a hierarchically structured body, may be subjected to pressures in the opposite – punitive – direction, which is not the case with lay judges. As for the professional hardening of professional judges, which makes them stricter than lay judges, this, in my opinion, is not an advantage but a disadvantage for the administration of justice.» («Security and Liberty») END_OF_DOCUMENT_TOKEN_TO_BE_REPLACED