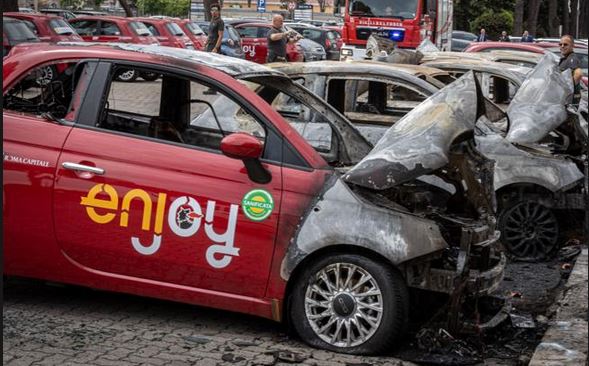 ENI is present in many countries where local and international conflicts are active for the control of energy resources: Libya, Mali, Nigeria, Kazakhstan (note that not a word was heard against the oligarch Putin when he sent his troops to quell the uprisings that broke out in that country), to name but a few. In these places, energy in the form of fossil fuels has been extracted from the earth for decades to feed the energy needs of Western industry, in a pattern that takes the form of true neo-colonialism. These extractive activities, it should be remembered, carry great risks for the environment and indigenous populations, especially in countries where controls and safety systems are consciously minimized in order to maximize profits, as in the case of the Niger Delta, an area severely devastated by continuous crude oil spills and the dispersion of gases and combustion residues resulting from extraction activities into the air. END_OF_DOCUMENT_TOKEN_TO_BE_REPLACED 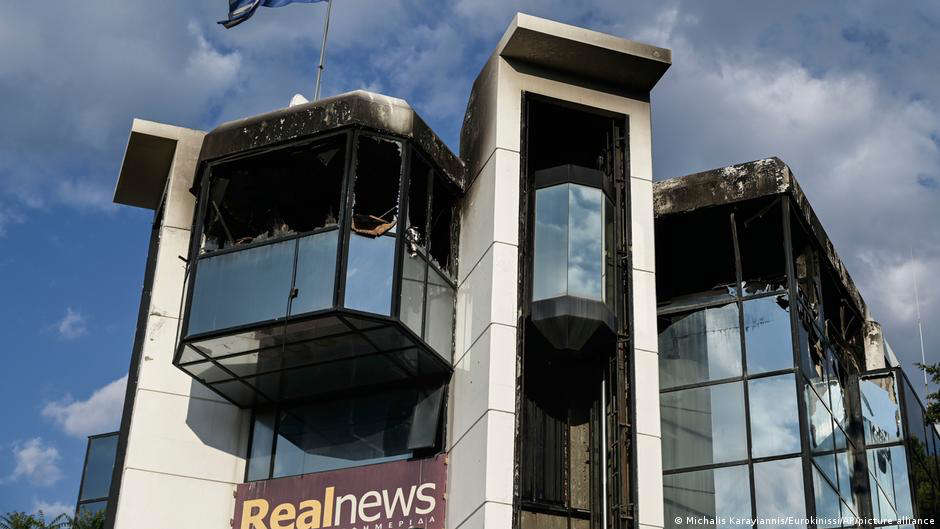 People’s lives in the big cities have become so empty. People have ended up dragging their carcasses through a daily suffering and a constant despair just to take a picture of a utility bill at the end of the day and post it on social media with digital cries of futility about a world that leads nowhere and a reality that is unbearable for them in the capitalist machine. People’s eyes have been trained to remain glued to the screens with their brain functions losing touch with their emotions, anger, hatred for the degradation of this rotten world, pain for their neighbor, history, memory, nature. People have been trained to watch the world in a digital reality that runs at ever greater speeds and end up being inert beings in this digital consumption without shaping events. And we, among others, somewhere in the margins of Existence of today, humbly trying to keep the flame alive from the eyes of the people we have lost by our side.

“Then the dead die when they are forgotten.”

“Even if we never win, we will always fight”

In this way we have honored our dead: We carried the incendiary device for our attack on Real as if we were carrying the remains of the dead of the social war. Two years exactly after the death-state murder of Vassilis Maggos we did this action and the spirit of Vassilis was inside us smiling at us.

At dawn on 13/07 we left an incendiary device of small power on the ground floor of the building outside the door of the Real News – Real Fm snitches. After the external destruction of the door, a fire broke out in the upper part of the building through the duct resulting in the total destruction of the premises of Real News and Real Fm, as well as a shipping company located in the same building. Our action was planned in such a way that no human (or non-human) life such as a passerby, resident, animal or worker/employee would be endangered, as it was, even though Mitsotakis and his mouthpieces would wish for the opposite. We therefore recommend that people keep calm and not eat the lies of the state narrative of events raw because as we will explain below, we live in a reality of lies. For any inconvenience to the working sound engineer of the building due to the murderous negligence of her bosses in not making adequate provision for easy egress of the building, we will seek a public apology from her exclusively, saying in retrospect publicly and humbly that our purpose was to make a symbolic attack. After all we knew the specifications of our action and that it would not put an innocent person at risk in a concrete building in front of Kifissias Avenue in Maroussi. And we reiterate that this is a fact already. It is not a theoretical scenario or an intuition in the realm of probability. It is funny the dimensions and magnitude of the lie given around this issue in the mainstream media, indicative that Greece is one of the countries that are hitting rock bottom in terms of freedom of the press since everything is directed as updates from the government’s mouthpiece. Anyway, we are one of those parts of the working class that is fighting its own struggles alongside many other workers and in no way would we want to harm a sound engineer, but only cause material damage to the building at material cost to their bosses. The crocodile tears of the New Democracy fascists for the worker have provoked our above anger with their crude hypocrisy. I wonder if they ever felt any pain for the many employer murders that have occurred recently such as the electrician Christos Zorbas in the HPEIROS industry or the murder of the COSCO dock worker? Hypocrisy, hypocrisy, hypocrisy… that is all that characterises the vulgarity of those in power. And to clarify the landscape, to answer that if we wanted to kill as presented by the “4th power” i.e. the executive organs of the lie of the state, which are the journalists, we would come one morning with a crowd of workers inside the offices and leave the device. But because we simply did not and do not have such a purpose to endanger ignorant people, obviously for all the reasons in the world we did not choose to do so. END_OF_DOCUMENT_TOKEN_TO_BE_REPLACED

In conclusion, within the framework of the European Defense Industrial Development Program, the Aristotle University of Thessaloniki and the University of Patras in cooperation with the Hellenic Air Force and the Ministry of National Defense conducted the research project <<Project Lottus>> for the design of a drone for the protection of land and sea borders. As a continuation of this project, the Aristotle University of Thessaloniki, the Democritus University of Thrace and the University of Thessalias in cooperation with the Hellenic Aircraft Industry will carry out the industrial production of such a drone, which will be made available to Frontex and the coast guard, among others, the agencies responsible for thousands of murders and expulsions of migrants in the middle of the Aegean Sea. Similar research projects have been undertaken by the NTUA, under the EU-funded Horizon 2020 programme. From Jason and Poseidon to Andromeda and Ingenius, the NTUA has been involved time and again with the logistical upgrade of the border guard and the army. Another project that the NTUA has undertaken is Prevision, which promises to be a state-of-the-art tool in the hands of state security. The aim of the programme is to monitor and map individuals with deviant/radical attitudes and views. The coordinator of all these programmes, on behalf of the NTUA, is the EPISY, i.e. the research arm of the Faculty of Electrical Engineering. END_OF_DOCUMENT_TOKEN_TO_BE_REPLACED