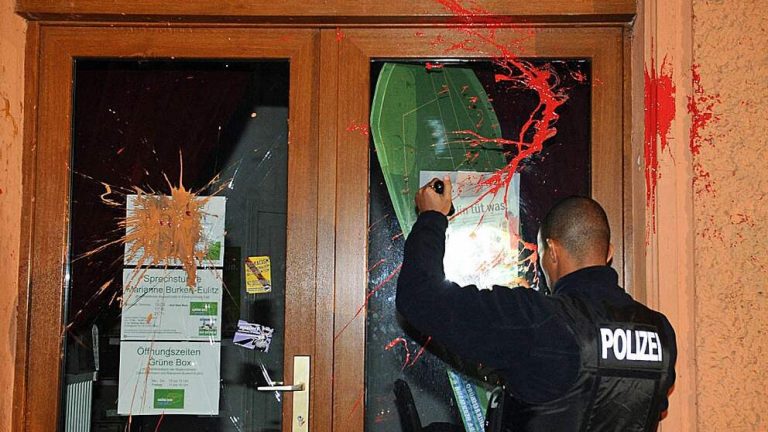 Does the enemy lie to the right? A discussion about the current series of attacks on Green offices in the Federal Republic of Germany

The following text was prepared and published by the new German-language website “Aufstand! “, the birth of which we had communicated with the translation of their introductory text, and refers to an uninterrupted series of attacks and defacements against the offices of the governing coalition party “Die Grüne,” the Greens, that are taking place all over Germany; the latest attack in chronological order dates back to November 7, 2022 when, during the night, the windows of two offices of the Greens and an office of the Social Democrats of the SPD in three different districts of Berlin were attacked with hammers.

A series of attacks on the offices of the governing party, the Greens, is sweeping through the Federal Republic of Germany these days. Sometimes windows are smashed, sometimes the facade is defaced with paint, sometimes there are communiqués, sometimes political slogans are left behind, sometimes not. All of these attacks have something in common: They are an attack against a party that in recent months has increased arms spending, exported weapons, supported wars, but whose policies have also further impoverished people, continued to poison and destroy the environment in which we live-especially through wind turbines, continued to operate nuclear and coal-fired power plants, built liquefied natural gas terminals, and so on. All of this with the arrogant smiles typical of those who are warm and full-bellied, dispensing people with the classic hypocritical advice from politicians who evidently live on another level outside of reality regarding what to do to save on shower, heating and electricity consumption. Meanwhile, these political Greens have not been sparing themselves, signing contracts for new colonial energy projects, further strengthening European borders, persevering with their murderous practices and continuing to promote investments in domestic militarization. The consequences of the Greens’ policies are proving once again (nothing to be surprised at) far more dramatic than the conservative policies of recent years. Faced with a predominant focus on the part of militant antifascism in siding against the populist right wing represented by the AfD (in fact among other things politically less influential than its leftist counterpart currently in power)-and at the same time, however, not hesitating in the face of broad “antifascist” alliances with Green organizations and their youth structures-, these “antifa” should certainly ask themselves the question whether, in fact, they are nothing more than a para-state bastion along the lines of the various communist and fascist thugs of the late 1920s. That then fundamentally this question should be asked by many among those who in fact only wish for a state with a slightly different and agreeable political form. END_OF_DOCUMENT_TOKEN_TO_BE_REPLACED 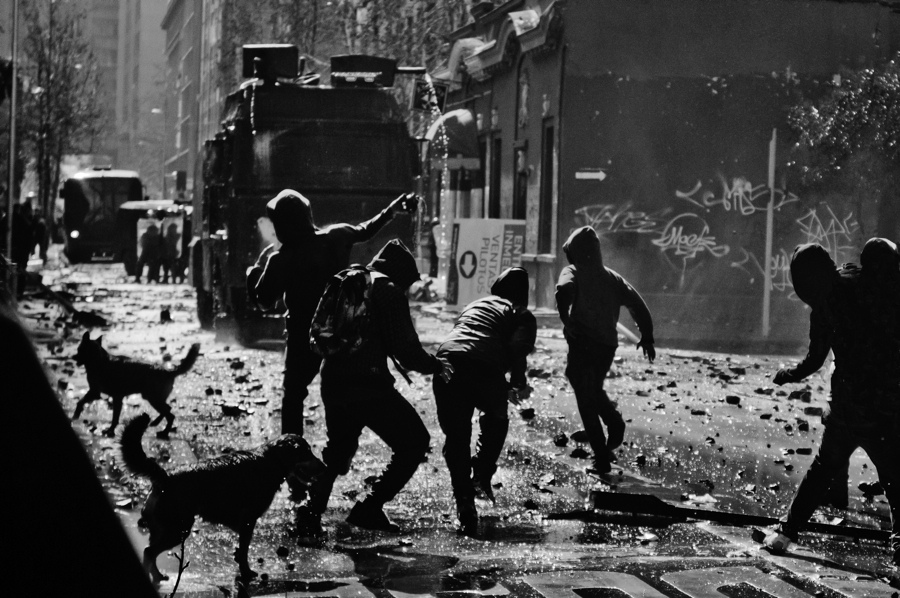 We are completely unaware of the false confrontation of two supposedly different systems, the axis on which the battle is fought continues and will continue to be that of Democracy and the administration of Capital; the existence of a “struggle” of different policies only attempts to justify the supposed breadth of the democracy-capital system, the “diverse” essence of this and the supposed space for all types of thought; in no way do we want to be accepted by a system or a society that we reject, we do not want our politics to be one more among the options of this system; we want to destroy all options and the structure that sustains them. We have nothing to do with the electoral show and its staging of elections, plebiscites, votes and so on, we consider that this is nothing more than the tightening of the pin, the bourgeois rearrangement of the class for the maintenance of an imposed and existing order in disguise and according to the times. END_OF_DOCUMENT_TOKEN_TO_BE_REPLACED

Luis and Ignacio Avaca Mansilla, are comrades arrested in May 2021 accused of sending a parcel bomb to the police station in Talca, an action claimed by “faceless entities, nothing and nobody that you know”.

Facing a new commemoration of September 11:

Let the best commemoration be actions!!!

This date is loaded with a historical meaning that many share, and, even if it is mainly the democratic left that seems to feel more appealed by this event, the anti-authoritarians and anti-capitalists who dissociate ourselves from that position have been able to commemorate it as well.

We ourselves remember it by ” mobilizing ourselves ” on the occasion. And it is undeniable that, for the current development of the confrontation, we have to take into account, critically, the previous experiences of struggle.

September 11 evokes this. Apart from what exactly happened on that day, it reminds us of the difficult times that were inaugurated, of the diverse expressions and experiences of resistance to the dictatorship, of those who came before us: guerrillas, prisoners, the fallen, the tortured ….. And of the irreducible struggle that continued during the democracy, of which we are participants together with all the prisoners at war.

Against the complicit oblivion and indifference with this social order, we exercise our memory, an offensive memory that does not drown in labels, but gathers all the historical tradition of conflict exercised in this territory, in dictatorship or in democracy.

We do not forget, much less forgive, and that is what is manifested in each attack against authority, its accomplices and its executioners. END_OF_DOCUMENT_TOKEN_TO_BE_REPLACED