On June 10, 2022, at dusk, a group of hooded people leaves one of the existing university campuses in the sector of Macul and Grecia to cut the street, erect barricades and confront the police with firebombs.

On more than a few occasions this year there have been confrontations on that corner as well as in other educational establishments, used as an excuse to propagate the fight against power. Most of the time these confrontations are vindicated by pamphlets and banners, about some aspect of the struggle in particular. This time the comrades sent a communiqué to different pages of counter information from the “Warriache Matias Catrileo Cell” in an open dialogue with other groups of action and urban guerrilla existing in the territory dominated by the Chilean State.

“Those who decide to rebel against the misery implanted at birth only know two destinies: jail and death, we whisper a third option, THE ATTACK“.

In the face of this new restructuring of the state-capital with a pro-green face, which comes only to continue and perfect the police-military-neoliberal-extractivist regime to which they are trying to subject us by all means, we consider it necessary to advance in the accumulation and coordination of revolutionary forces, which, from multiple guerrillas, are ready to overthrow this system of misery and death at its roots.

This time, irreducible individualities we set out to twist the established order directly confronting their henchmen, suddenly shining on their ugly machines, in order to contribute to the ongoing war, adding this focus of street confrontation with the aim of hindering the flow of the decadent productive normality of Santiago, on a Friday, in coordination with the various demonstrations and activities that were happening at that time in that city. END_OF_DOCUMENT_TOKEN_TO_BE_REPLACED

On Sunday, August 1, 2021, a group of hooded men armed with shotguns managed to intercept the Transantiago bus, route 108 at Departamental and Galo Gonzalez.

After making the passengers and the driver get off the bus, the group set fire to the bus throwing leaflets stating: “Freedom to all political prisoners, anarchists, Mapuche, subversives and of the revolt, without conditions! Luisa Toledo and Pablo Marchant present!” 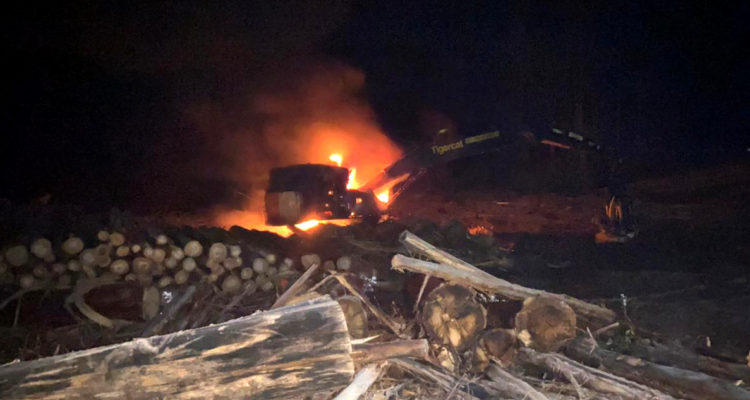 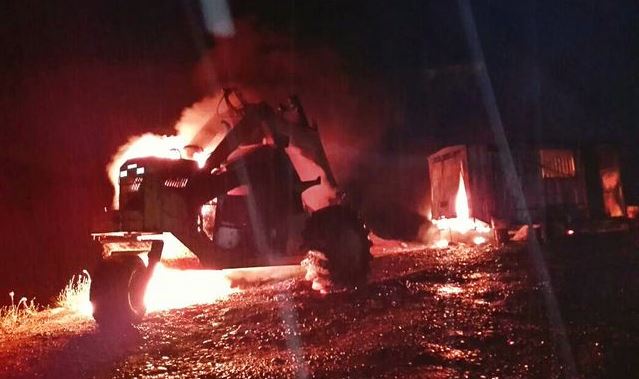 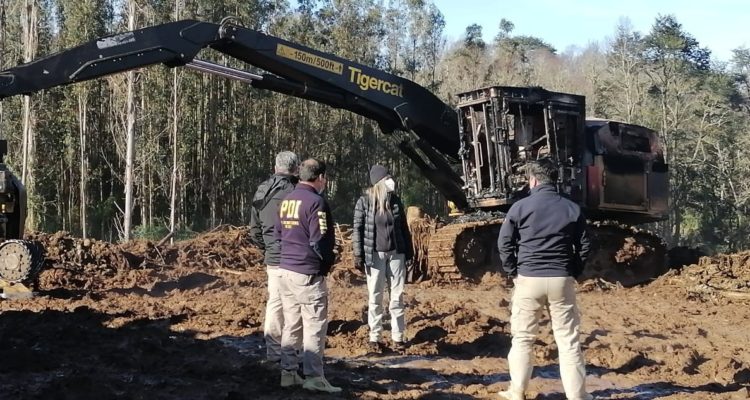 On the night of 18 July at around 3am in the municipality of Río Negro (Osorno region), a double attack took place which left 7 construction machines and 1 pick-up in ashes. The first attack took place on the El Mirador estate belonging to the Arauco forestry company, and the second on the Popóen estate belonging to the Huempeleo forestry company (1). END_OF_DOCUMENT_TOKEN_TO_BE_REPLACED 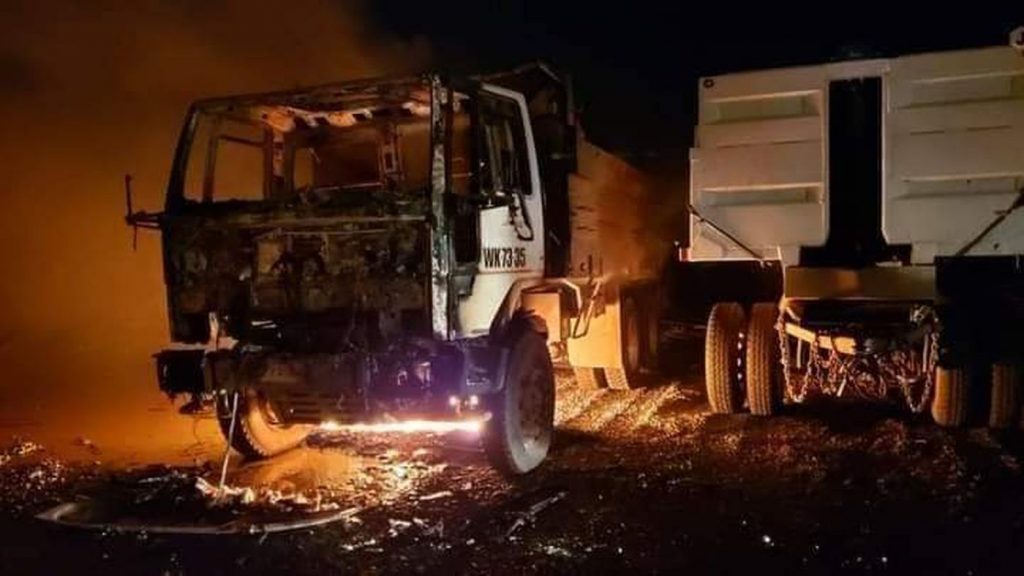 In the south of Chile, a section of the Mapuche population has been waging a fierce struggle for many years against the large landowners (burning down their villas and occupying their land) as well as against agro-forestry operators, large hydro-electric dams and intensive salmon farms. It was in this context that Pablo Marchant Gutiérrez was murdered on Friday 9 July in Carahue during an attack on the vehicles of the company Forestal Mininco (a subsidiary of the cellulose giant CMPC).

The 29-year-old former anthropology student, who later joined the Mapuche struggle through CAM (Coordinadora Arauco Malleco), was participating in the burning of a minibus, a skidder and a tanker at around 5pm on the Santa Ana-Tres Palos estate when he was shot in the head at close range by carabinieri charged with protecting the interests of the loggers. Another saboteur and an employee were also wounded by bullets in the exchange of fire, and the public prosecutor’s office was quick to speculate that the bullet that sent the latter to hospital came from the M16 held by Pablo Marchant.

For its part, the CAM immediately made public the fact that Pablo had been shot by a carabiniere during a sabotage action carried out by one of its local groups (Órgano de Resistencia Territorial, ORT), the one called Lafkenche-Leftraru, thus becoming a Mapuche fighter (weichafe) who had fallen during the struggle. His body was accompanied the next day by 300 people from the Temuco Forensic Institute to the municipality of Lumaco, where a vigil for his body (feretro) will be held until Tuesday 13 July, the day of his burial.

The announcement of the assassination naturally triggered angry demonstrations the following Sunday from Santiago to Antofagasta, as well as numerous roadblocks, gunfire against carabinieri or landowners’ guards, and incendiary attacks by other radical Mapuche groups in several different regions (Biobío, La Araucanía and Los Ríos). Far from seeking justice from the murderous state, the latter immediately set about keeping Pablo Marchant’s ideas alive by attacking companies that exploit water or the forest throughout Mapuche territory.
END_OF_DOCUMENT_TOKEN_TO_BE_REPLACED