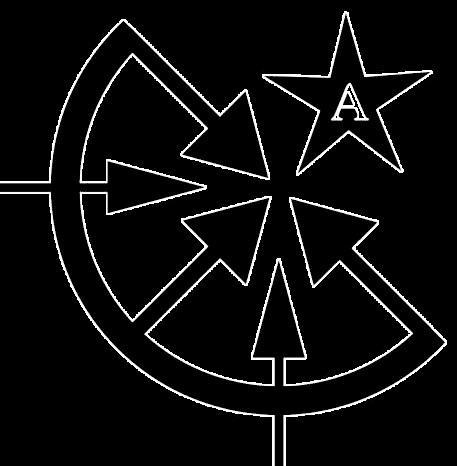 With anarchist attitude, the central offices of Oxiquim S.A. in the municipality of Providencia, Santiago, Chile, were attacked.

The high-powered device did not explode because of a solvable technical problem, so we are aiming for more.

Oxiquim, a giant of the Chilean chemical industry and a direct supplier to the country’s major extractive industries in the forestry, mining, agroindustrial and fishing sub-areas.

Oxiquim, a company headed by Fernando Barros Tocornal, a businessman with a high level of influence in Chilean politics, a direct advocate of dictator Pinochet, former president Sebastián Piñera, and a board member of the animal exploitation company Agrosuper.

Oxiquim, directly responsible for the pollution and ecocide of the waters, territory and inhabitants of Quintero-Puchuncaví, defended by the Chilean Navy during protests against the so-called “sacrifice zones.”

This is a new act of revenge against the perpetrators of Earth devastation and destruction. It’s a new violent action by anarchist hands in permanent conspiracy and revolt. It’s a new attack justified by the existence of domination. It is another insurrectionary action in the no-holds-barred struggle for Total Liberation.

Against technological industrial complex that seeks to exploit and dominate all forms of life, WE ARE SELVAGE FORCE. Against illusions of democracy and against all governments and those responsible for Earth devastation, WE PROPOSE CHAOS AND ANARCHY.

We want that the news of this action reaches eyes and ears of imprisoned anarchist comrades, claiming solidarity as the continuity of the attack against power outside and inside prisons.

With particular complicity we stand with the vegan anarcho-nihilists arrested after the anti-speciesist attack against the animal exploitation company Susaron and with anarchist prisoners Joaquín García, Mónica Caballero and Francisco Solar. We also salute the high school students imprisoned for the anarchist uprisings in Santiago high schools and all those who from prison resist and struggle against the state and capital.

Strength for all anarchists who take action.

This attack is part of the international campaign of solidarity with anarchist prisoner Alfredo Cospito, on hunger strike against Italian state-imposed isolation. Alfredo, this is for you.

For anarchist sedition against every expression of civilized domination!
By all means against authority! With caution and courage!
To multiply anarchist attacks against power!

* (Alex Núñez was one of the first people to be killed by police during the October 2019 uprising in Chile).

[Received by e-mail and published at https://lanemesi.noblogs.org/post/2022/11/29/statement-claiming-responsibility-for-the-explosive-attack-against-the-central-offices-of-the-chemical-industry-oxiquim-s-a-in-solidarity-with-the-anarchist-alfredo-cospito-from-new-anarchist-subve/]

From Chile to Greece, the same struggle to free political prisoners…

From the San Miguel Prison (Chile) to the dungeons of the Greek state, the same voice and fist against the jailers of the rebellious youth

Last Wednesday 07/13, a rally was held outside the women’s prison in San Miguel (Chile) demanding that the minimum conditions of health care be met, due to the prohibition of using the patio during the hours that correspond to the female prisoners, etc. Thus dozens of fighters, activists and fellow militants from the October 18 Coordinator were present to denounce this situation that is being experienced in the women’s prison.

On the outskirts of the latter, the bars of the gates were banged loudly so that the political prisoners of this damn government of Boric and the Chilean Communist Party could hear from inside. Likewise, a letter from the political prisoner Monica Caballero was read; from the Coordinator for the Freedom of Political Prisoners on October 18, words were also expressed and from the International Network for the Freedom of Political Prisoners and Justice for Our Martyrs we were as well part of this demonstration carrying the brave voice of Giannis Michaidilis, a Greek political prisoner who has been on a hunger strike for more than 40 days fighting for his freedom against the bourgeois state and the damned justice of the Troika.

The reason is the bourgeois states, their damned justice, whether it is the Pinochetista one or the imperialist Troika’s one, are there to persecute, condemn and intimidate the workers in struggle, the rebellious youth who fight against this capitalist system and all those who face governments and exploitative regimes.

The fight to free Giannis, all the young Greek and Chilean rebels, and all the political prisoners in the world must be one and the same fight.

Immediate freedom for Giannis Michailidis and all political prisoners in the world!

The rebellion of the slaves is not a crime, it is JUSTICE

International Network for the freedom of the world political prisoners