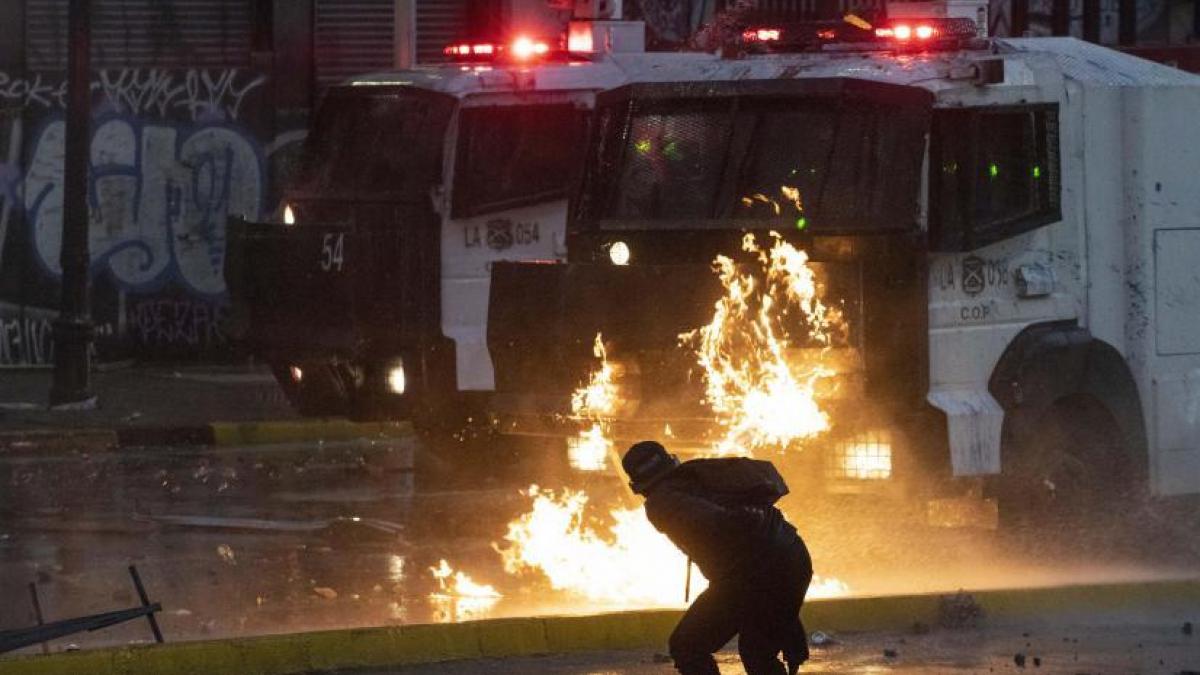 It’s been 2 years since the wave of mass demonstrations started on October 18, 2019, and it lasted in the streets much longer than what the media “reported”. Many of us may have participated in some way in those events. And now, after its decline, and on the occasion of the ephemeris, there are a couple of things worth pointing out, always in order to sharpen the criticism and continue the conflict.

(I) Of Revolt(s) and confrontation during the century of the Chilean democracy.

The “revolt”, as many have wanted to call it, meant a generalized breaking point of the “normality” consolidated by the democracies of this territory during the 21st century. These kinds of “critical” moments are not alien to any government, and, for our part, it is absolutely necessary for us to take into account that the conflict with that normality has existed since before, coexisted and continues to exist after the events of October 18. That is why we cannot forget all the expressions of attack and confrontation that have taken place so far during this period, but which definitely have not had the stir and massiveness of the events of October 18 (and probably did not seek that with them either).

If conflict and violence against this normality are nothing new, much less are the consequences of taking this path. Prison is not new in this scenario, and, far from any victimhood, it is a “hazard of the trade”. Although the “prisoners of the revolt” have also enjoyed greater media coverage, and their situation and dynamics are totally different from those of the anarchic-subversive prisoners, prison will never be strange to those who have constantly materialized their desires to destroy the reality that destroys us.

To all those who did not follow the institutional paths in the era of Chilean democracy, and who have been an unquestionable source of inspiration and learning for those of us who have taken the same path, but in “our” way… we do not forget you! The anti-capitalist and autonomous subversion, the resitance of the Peñis, And this does not detract from or call into question the breaking of the October “revolt”, it only shows that some, for a long time now, have been in constant revolt.

There is nothing and no one to wait for. END_OF_DOCUMENT_TOKEN_TO_BE_REPLACED