“Did you eat anything that was bad for you?” inquired Bernard.
The savage nodded, “I ate civilization.”
Aldous Huxley – The New World

OPPRESSION: AN ENDEMIC EVIL OF OUR EXISTENCE
– BRIEF HISTORY –

State or pseudo-state oppression dates back thousands of years, and has had very precise stages that begin with the birth of the first cities, which then evolved into city-states, kingdoms, empires.
Those who chose to live outside these “organizations” could live as they wished.

With the French revolution was born the first modern government, centralized, homologating that cancels uses, customs and habits in spite of the directives of parliament.
Revolts and resistances to this change were fierce and equally fierce were repressed.

The industrial revolution arrived, the mother of all revolutions.
With it came the foundations of capitalism, which evolved into what it is today.
Unlike the states, capitalism knows no boundaries as well as the riots against it throughout the 800 and most of the 900 interested Europe and the United States.

In the present day, science comes into the picture, as a partner of state and capital.
Technological advancement is another tool evolved by capitalism, generates profit and opens new doors to industrial development.
From carriages to cars, from rural agriculture to mechanized agriculture, from wars with bow and arrow to wars with drones.

Scientists have always been ready to lend their help to authority and repression, refining the means of propaganda such as radio, TV, press, internet and arming the states with deadly and destructive weapons.

Companies such as Ansaldo Nucleare, Piaggio Aerospace, Leonardo, IIT, ENI are the pride of the Italian state as regards the development of war, technology and energy.
But for us anarchists are the personification of evil and as such must be destroyed for the abominations of which they are guilty.
Each of these companies are synonymous with war, devastation and repression. END_OF_DOCUMENT_TOKEN_TO_BE_REPLACED 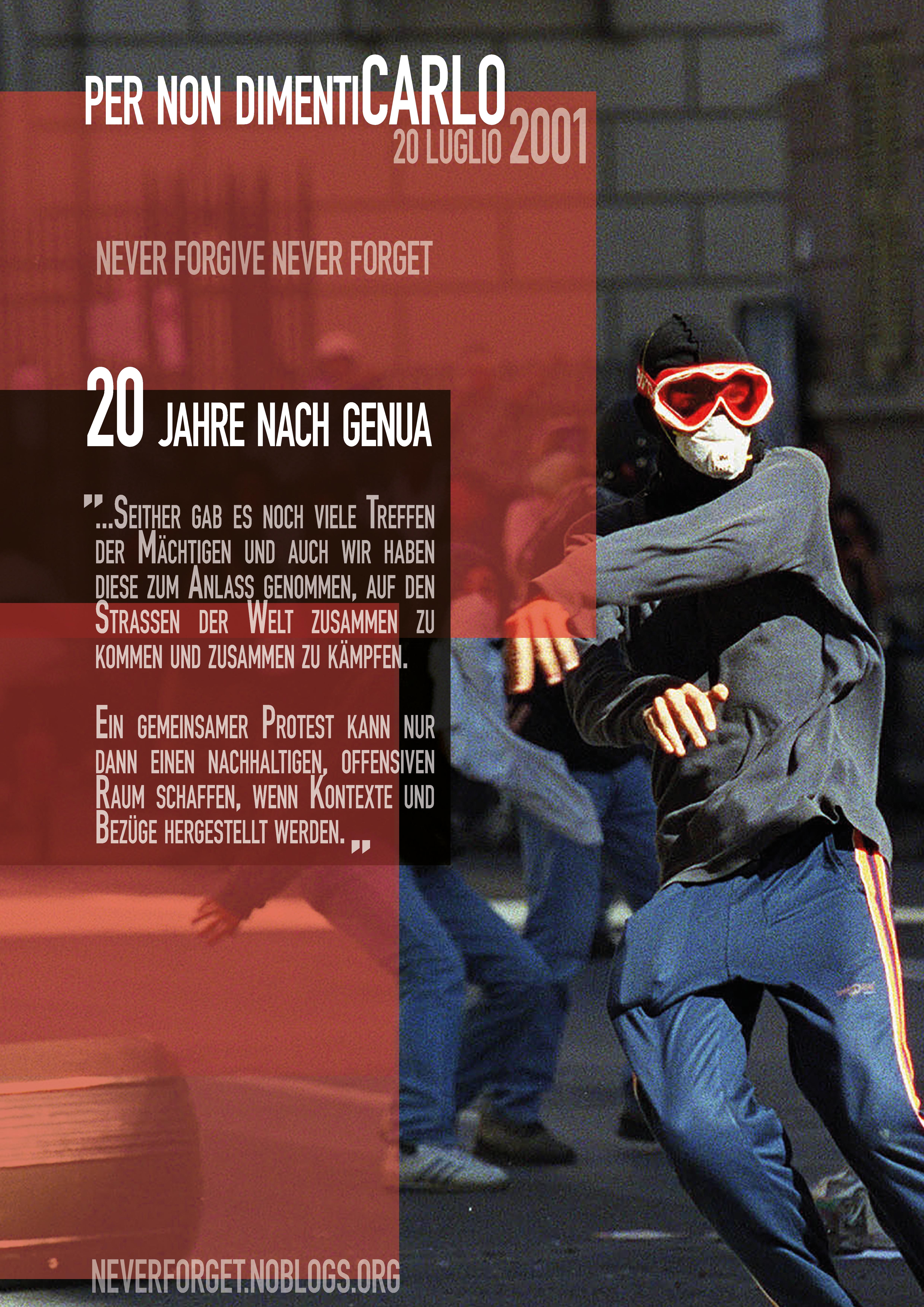 On July 20, 2001, 20 years ago, Carlo Giuliani was murdered by cops at the G8 summit in Genoa. This moment has affected many people in different ways, whether they were in Genoa themselves, followed the events from afar, or only read about them many years later.

Events like this, but also the context of a coming together of different rebellious structures mobilized across borders, shaped and continue to shape the struggle against the system.

Genoa is not forgotten and should continue to be part of our collective memory, stimulating discussion and bringing us together.

Summit protests: 20 years Genoa. 20 years Gothenburg.
A discussion about summit protests, repression, political perspectives and what is still there today.
Invited are two activists who were also in Gothenburg and Genoa and were affected by the repression.

20 years after Genoa, movements worldwide are still confronted with different state strategies that divide them into “good” and “bad” in order to break their strength.
We would like to discuss counter-strategies and ways to find a collective response to repression.