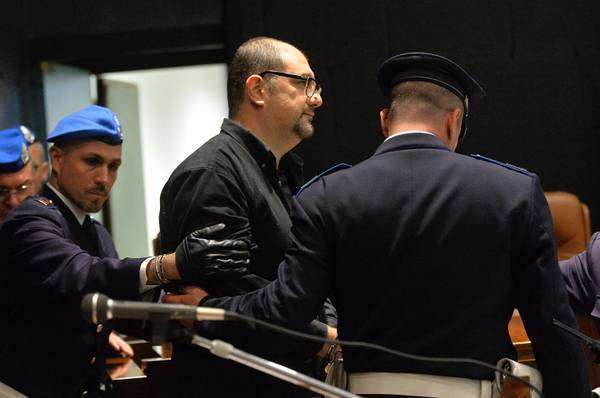 Lately I have been wondering with what nerve an anarchist prisoner for ten years as I claim to express an analysis “realistic” about the present, the real movement outside these four walls. The interview with “Vetriolo” caught me still relatively soaked in reality, out of the fray of the struggle, still convinced of having a “realistic” and objective view of the world. What international? is the result of thirty years of practiced struggle, of blows inflicted and received, of affinities and friendships born and then traumatically severed by the wall of a prison. Summing up, today I can say with a certain conviction that the only moments in which I was certain of having contributed to changing things were those moments in which I clashed with the system, in which I risked my freedom and my skin. In those moments I lived, I felt more alive than ever. And the pleasure I felt was incomparable, comparable only to the love for one’s own or one’s partner in the most intense moments of passion. I remember when, as a young boy, it seemed impossible for me to intervene concretely, the level of deepening always seemed insufficient, the practical skills I had didn’t seem up to the task, I didn’t know where to start, at the beginning one feels inept, incapable… I was waiting for a suggestion, a start from my more experienced companions. Often, in exchange for my enthusiasm, I received a good dose of “realism” that dampened or risked dampening any revolutionary “ambition”, any drive to action. Incredible as it may seem, “realism” sometimes makes any action, any impetus, impossible. I came out of this sort of “dead end” only when I decided in an impish, reckless, crazy, provocative way to arm my hands. Then everything became “easy”, failure after failure, step by step, things started to work. I looked for my companions and I found them, we recognized each other by making the refusal of delegation and wait-and-see our compass. Many (perhaps too many) years have passed since that time and today I find myself on the other side, “navigated” anarchist with more “experience”. And what I feel like saying is simply to follow your instincts and not to pay too much attention to the prudence of those who from the height of their lives “lived” push for moderation. Because that popular saying “you are born an arsonist and you die a fireman” is not so far-fetched. Every day in here I fight with myself to remain what I was, and I don’t always succeed. In my words I sometimes glimpse what I’ve always fought, opportunism, paternalism, realism… “politics”. Dynamics that risk making me forget how beautiful it was to communicate only through gestures of destruction and the words that followed them. When I wasn’t in danger of becoming a “point of reference”, when I was a complete stranger. And the stupid things I happened to say remained limited, no one rightly spun them. The tragicomic thing is that the “metamorphosis” is almost painless and does not only affect us prisoners but perhaps even more those who outside these walls every day relate to a reality that tends to normalize. The “realism” drags you to a continuous decline that leads you to judge those who remain “themselves” as naive, provocative, childish, deluded. END_OF_DOCUMENT_TOKEN_TO_BE_REPLACED 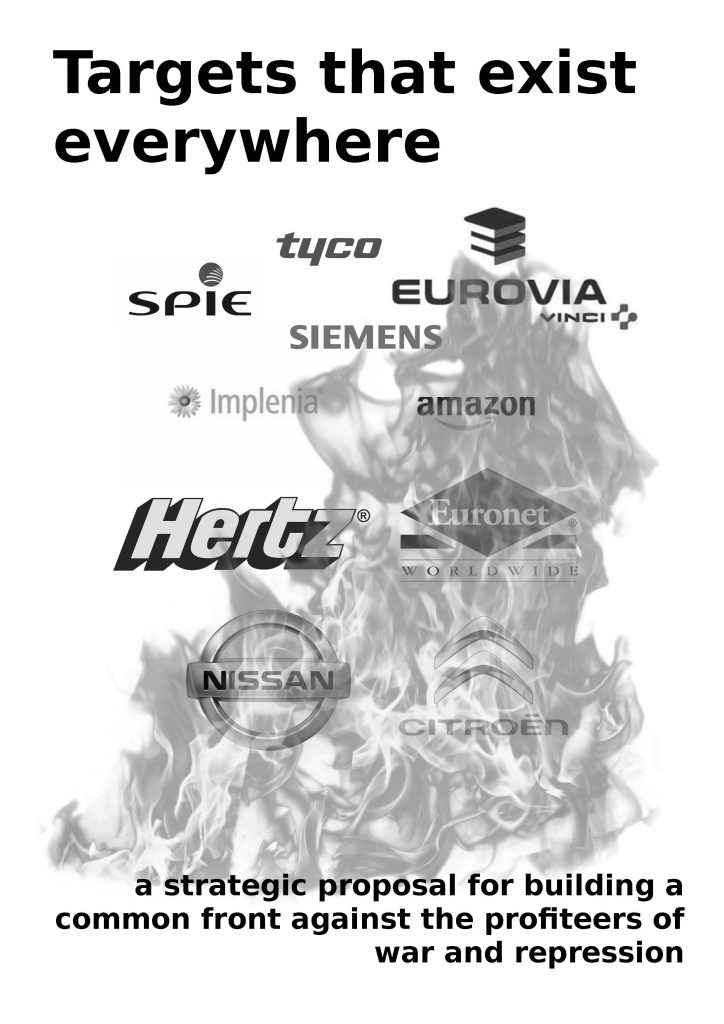 Elsewhere, there are short-lived outbreaks known as Corona Riots. As anarchists, we are often surprised by the dynamics, sometimes finding ourselves in the crowd of the street battles or perplexed as spectators on the sidelines. Almost every state deals with us, small groups or individuals, sabotaging, agitating and roaming restless in the cities. END_OF_DOCUMENT_TOKEN_TO_BE_REPLACED