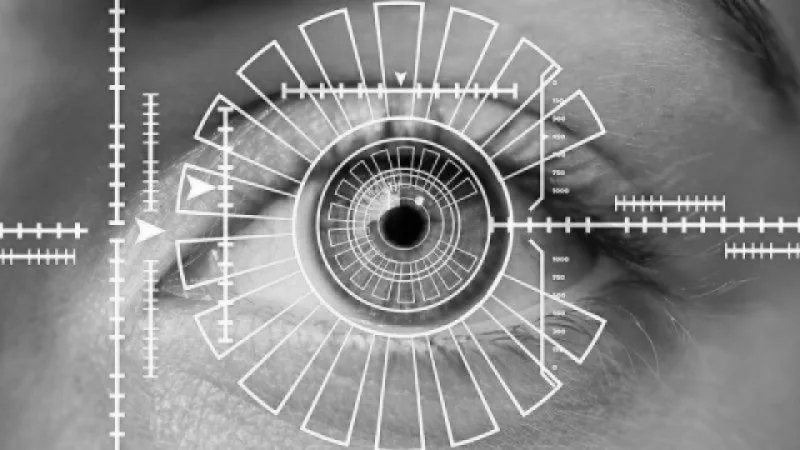 Adorno defined fascism in his time as “technically equipped barbarism.” While that definition stood out as one of the most precise, it nevertheless left the concept of barbarism in vagueness and ambivalence. Think, in the Marxist sphere, of the successful slogan “socialism or barbarism!”; loaded more and more with positivism and the ideology of a progressive advance toward classless society, Bordiga contrasted it with a resolute and outrageous “communism or civilization!” Not only does industrial and technological development not give birth to communism, it does not in itself “democratize” either customs or social relations.

More than a century ahead of those debates, the very young Leopardi had already centered the issue in one of the first thoughts of his Zibaldone: “Reason is a lamp: nature wants to be illuminated by reason not set on fire.” From this dazzling insight descends the reflection on the oppositional pair civilization-barbarie that runs throughout Leopardi’s work. Barbarie, for the poet-philosopher, is both that which precedes that light and the epoch of the overt and manifest fire, the triumph of a “geometrical reason” that is a “most false system of most true parts,” that is, “reasoned villainy,” the artificialization of lives and passions: in short, excess of civilization.

As the sequel showed, this was not merely a linguistic problem. The world still struggles, and more and more ruefully, with that ambivalence, although it changes its historical forms. Is not “technically equipped barbarism” Islam 4.0 under construction in Iran, a system that merges Sharia, social credit and facial recognition? We read, “Under the new hijab and chastity law enacted in Iran on Aug. 15, women who post their headscarfless photos on the Internet will suffer the temporary loss of certain social rights for a period of six months to a year. In addition, women deemed non-compliant will be barred from entering government offices, banks or traveling on public transportation. Government employees will be fired if their images on social media do not comply with what the Islamic laws dictate. Numerous women have been arrested for not complying with the dress code and forced to confess.” And again, “The Iranian government plans to use facial recognition technology on public transportation. The announcement comes directly from the secretary of Iran’s Ministry of Promotion of Virtue and Prevention of Vice, Mohammad Saleh Hashemi Golpayegani.” END_OF_DOCUMENT_TOKEN_TO_BE_REPLACED 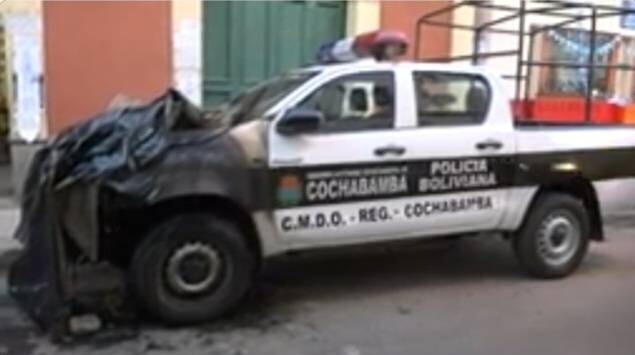 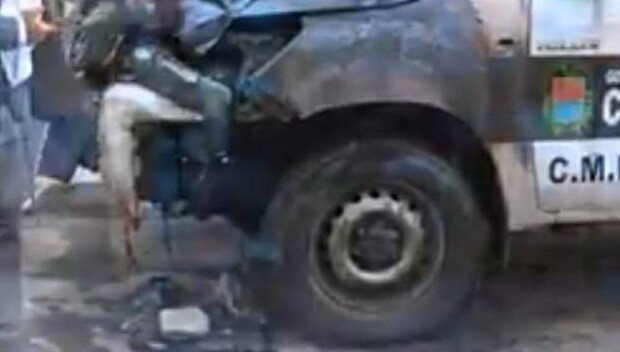 This action is for María Fernanda murdered by the police in the EPI of Chasquipampa in 2021, as well as for all those raped and murdered by this enemy institution. We do not want reforms of the police, we want its destruction! We do not demand the judiciary or its ministries, we want to see them burn! We invite you to set fire to their vans with this simple system that we have proven to be effective. It is easy and fun. END_OF_DOCUMENT_TOKEN_TO_BE_REPLACED

As anarchists, communists, we struggle daily and by all means against the degradation of labor into a commodity, of the worker into an object, against the patriarchal devaluation of femininities and LGBTQ+ subjects. We fight, in other words, against every existing capitalist productive and social relation. This struggle confronting the bourgeoisie and the state is the necessary condition for the abolition of classes and for our liberation. The movements and means we use are always judged in the necessity of the class struggle.

Necessary are the means that rally the working class and the revolutionary proletariat, that fill their hearts with irreconcilable hostility to oppression, that intensify their contempt for bourgeois legitimacy, morality and their democratic mouthpieces, and that remind us of the consciousness of our historical mission.

Thus there are social and political developments and events that mark moments in the class struggle when we must escalate the intensity of our struggle. It is at these moments that revolutionary vigilantism is the only and immediate answer to express and defend the interests of the oppressed class.

One of these crucial events is the case of the (child) rapist and New Democracy appointee Dimitris Lignadis. Dimitris Lignadis is an integral link in the chain of the Greek bourgeoisie as well as a personal friend of New Democracy executives and ministers. At the starting point of the case, government spokesman Christos Tarantilis, tried to cover up for Dimitris Lignadis by stating that he resigned for personal reasons, while Lina Mendoni concealed their personal relationship, claiming that she was deceived by Dimitris Lignadis’ ‘deep hypocrisy’. Moreover, during the hearing of the case it became apparent that, unlike other cases of government scandals, he is not just a “front man” or “scapegoat” of the government to wash the political system, but a deeply rooted and organic part of the bourgeoisie and the New Democracy. A fact that is moreover obvious both from the release from prison and from the public moral support of Dimitris Lignadis in the recent articles of Kathimerini. At the same time the anarchist political prisoner Yannis Michaelides who is on hunger strike since 23/5 demanding his release is being exterminated by the judiciary and the government of the N.S. For all these reasons we chose to express our anger against the Ministry of Culture. Thus, after the end of the demonstration in defence of Exarcheia we attacked with 8 Molotov cocktails the grounds of the ministry on Zaimi street, delivering two of their official cars to the flames.

In the wee hours of July 6th, the office of the Pro-Life Union of Greater Philadelphia (88 Pennsylvania Ave Oreland, PA) had their front window smashed and their wall vandalized with “JANE’S REVENGE”. The Pro-Life Union runs two crisis pregnancy centers (Guiding Star Mother’s Home: 1940 E Chelten Ave, Philadelphia, PA, and The Cenacle: 1509 Church St, Philadelphia, PA) and an anti-abortion pregnancy hotline (610-626-4006). They also organize anti-abortion rallies outside of abortion clinics where clients are harassed and shamed, and have numerous member organizations involved in a variety of anti-abortion programs in the greater Philadelphia area (list can be accessed at prolifeunion.org/member-organizations).

We hope that all queers, anarchists, anti-fascists, and just plain-old pissed-off feminists in the area will use this information wisely. Plan with a group of friends, wear a mask, and take action. Project your rage on your enemies. Dissapear into the night.

Solidarity with all those attack the state, capital, civilization, and patriarchy.

We smashed out all of the windows of the “Hope” pregnancy center on Broad st. We are tired of your “family values” and you forcing families, and your values onto our bodies. This fake clinic spread lies and is part of a broader attempt to strip away body autonomy from hundreds of women and people. We are inspired by the actions of comrades in Wisconsin, Colorado, New York, and a growing list of places. If the attack on abortion does not stop our attacks will broaden. This is also intended as a small gesture of complicity with all those imprisoned by the state, in honor of June 11th.

On New Year’s Eve, in a suite of the luxurious MET Hotel, an anthropomorphic gang of golden boys, including the businessman in the catering industry Manos Papadopoulos (owner of Achillion) and the owners of Coca-cola in Greece Evagoras and Vassilis Leventis, bind the 24-year-old Georgia Bika and after drugging her, proceed to gang rape her. From the first moment she finds the strength and power to stand on her feet and with determination not to remain silent, denouncing the incident. One of the rapists (Vassilis Leventis) is arrested and released, with him a few hours later posing provocatively on social media holding the newspaper that records his exploits on the cover. Into the scene of decadence enters yet another extra of misery, the defense attorney for one of the rapists. Theophilos Alexopoulos, full of audacity, unfolds his manhood behind his professional capacity, finding Georgia Bika in the police station and verbally attacking her in order to intimidate her and prevent her from taking legal action.

This ease with which some scoundrels move, overwhelmed by the feeling of impunity that stems simultaneously from the privileges of patriarchy and the security they enjoy through the social and class status they enjoy, has always been a characteristic that has armed our thinking, our will but above all our conscious duty of revenge. We take responsibility for the incendiary attack with a low-powered device on the law office of pimp and rapist supporter Theophilos Alexopoulos at 74 Egnatia Street in Thessaloniki on the morning of 31 January.

The events through the perseverance and determination of Georgia, which stood alone against the wall of the Patriarchy, occupy the public sphere where the existence of a whole pimping ring that drugs and promotes young girls for the tastes and manliness of the economic elite is methodically revealed. A circuit that has the backing of the uniformed rapists and the bourgeois justice system to wash their faces based on their economic and social status and the political-economic interests they represent in both the legal economy and the black underground economy through the drug, arms, protection and trafficking mafias. END_OF_DOCUMENT_TOKEN_TO_BE_REPLACED

Via :sansnom Translated by Act for freedom now!

Reproduced via Spanish from anarquiainfo, 28 November 2021

In the early hours of Wednesday 24 November, avoiding the numerous patrols in the area, and a few meters from a police car on guard, we placed and detonated a device against the entrance to the headquarters of the Bolivian Episcopal Conference (CEB), the highest authority of the Catholic Church in Bolivia.

This action speaks for itself. The aim was to damage the infrastructure of the CEB and send a clear message that the abuses of the Church will not go unchallenged. This is the only possible response to an institution that persists in torturing bodies to perpetuate its hypocritical morality.

Recently, once again, this institution forced an 11-year-old girl to give birth (1). They prolonged her rape pregnancy as long as they could. Every day that this child spent sequestered by the Bolivian archdiocese, under the duress of moral threats, is clearly a form of torture. END_OF_DOCUMENT_TOKEN_TO_BE_REPLACED