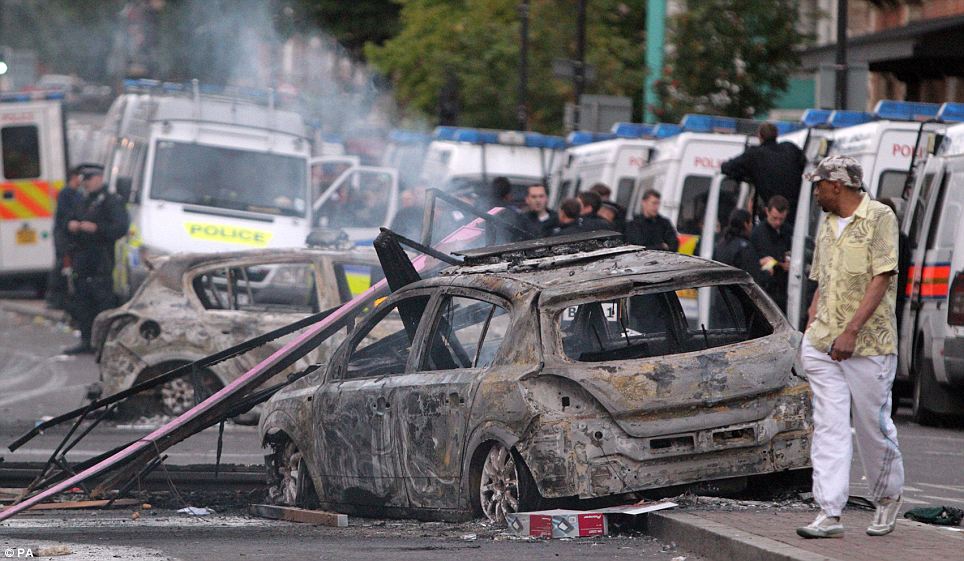 “Now a hostile minority of unmanageable and nihilistic ‘internal enemies’ stands against a society of consumers and citizens who have internalised the system and whose socialised group-think is an endless closed circuit of obedience (of course including the political Left, most “anarchists” and eco activists, in the UK at least).

In fact the August insurrection showed up the majority of UK “anarchists” and “revolutionaries” as cowardly citizens who though they like to whine and complain about the “evils” of the world, are fundamentally content as passive slaves. Currently most UK “anarchists” appear happily bitter simply tagging along behind state socialists and liberals as the impotent “good conscience’’ and/or the “rowdy margin’’ who wear black and use swear words. This is pathetic. Speaking the language of politics, of creating a reasonable and programmatic anarchist project, the result is an anarchism that’s neither fish nor fowl. Failing both as political pragmatics and as anarchic rebellion, civil anarchism limps along sadly. The idea that reasonable ideas of social transformation are what draw people to rebel is totally false, although it does draw leftists and liberals to the political philosophy “anarchism” who generally remain such though calling themselves anarchists. I have never had any non-political friends or acquaintances EVER be interested in the boring dribbling of “social anarchism‘’ but many who have been interested by anarchism as an extreme position of proud revolt. “Talking serious to the people”generally means churning out sub-leftist rhetoric thatfails as political leftism because it is unrealistic and fails as anarchic agitation because it doesn’t break with the certainties of society. Leftism has proved to be a social force for improving existing society in terms of the rate and conditions of exploitation, acting as a barrier to the excesses of the elite in highly industrialised and post-industrial societies, while acting as a vanguard of the capitalist mode of production in non-industrialised and semi-industrialised areas. Leftism (including leftist anarchism) is an expression of social struggle over the terms of social oppression. The point is to create insurrectional openings, lines of flight beyond normality that go beyond representation and mediation, which broaden the destruction necessary to free ourselves (or at least to satisfy our desire for revenge and moments of liberation).” 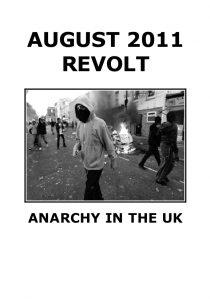